‘Days of Our Lives’ Spoilers: Abigail Tries to Move on – Brady Wants Theresa at Mansion – Paul Hopes for Sonny Romance 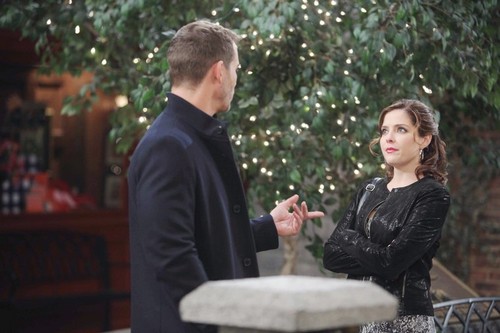 “Days of Our Lives” spoilers for Monday, June 22, tease that Abigail (Kate Mansi) will decide it’s time to move on. Abigail recently found herself in Chad’s (Billy Flynn) bed, but she immediately knew it was a mistake. When Chad told Abigail he was just using her, she definitely saw the error of her ways. Still, Abigail can’t help but feel drawn to her former flame. Chad certainly has that classic DiMera charm, but Abigail will finally admit she needs to let go of the past and look to the future.

In an effort to prove her love for Ben (Robert Scott Wilson), DOOL spoilers indicate that Abigail will do something to show her commitment. It sounds like Abigail will take Ben up on the offer to move in with him. Abigail might as well live with her boyfriend. Ben’s already tracking her whereabouts thanks to a little fatherly advice from Clyde (James Read). “Days of Our Lives” rumors hint that Ben will be furious when he discovers the affair, but Abigail will be just as angry to learn he was keeping tabs on her. It seems Abigail and Ben are headed for a breakup in the near future. 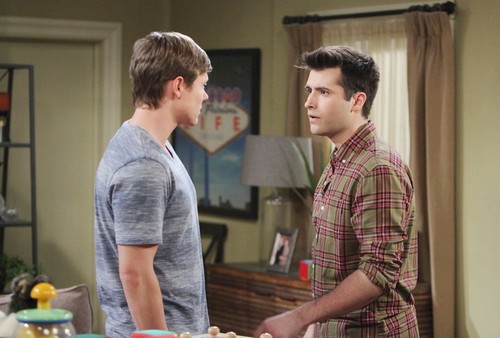 Meanwhile, another Salemite is in for a surprise. “Days” spoilers reveal that Brady (Eric Martsolf) will have a proposal for Theresa (Jen Lilley). Brady was outraged when Theresa caused Melanie (Molly Burnett) to leave Salem, but he’s finally starting to cool off. Brady overheard Theresa talking about Tate and he’s starting to understand that she truly wants to be a good mom. As a result, Brady will ask Theresa to come live at the mansion so they can give Tate all the care he needs.

Looking ahead to Tuesday’s episode, it appears Paul (Christopher Sean) just isn’t ready to give up on Sonny (Freddie Smith). DOOL spoilers say Paul will give another passionate speech and hope that Sonny will accept that they’re meant to be. Paul realizes that Sonny has built a life with Will (Guy Wilson) and Arianna (Harper and Sydnee Udell), but he can’t control how he feels. With Will’s scheme poised to explode, Sonny may begin to wonder if Paul’s the one he should be with. Stay tuned to “Days of Our Lives” to see who Sonny will choose.

So “Days” fans, what do you think about the news that Abigail will try to let go of her ideas of romance with Chad? Will Abigail really be able to move on? Will the updates to Theresa’s living arrangement be beneficial for Tate? Can Paul win back Sonny? Let us know what you think in the comments below and don’t forget to check CDL tomorrow for the latest “Days of Our Lives” spoilers, rumors, updates and news.