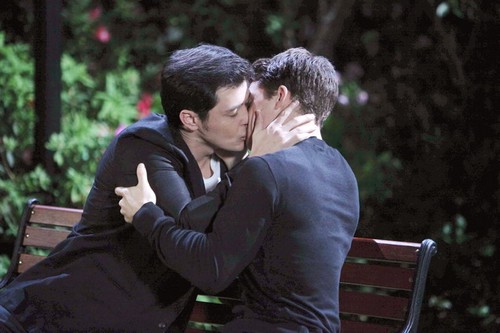 “Days of Our Lives” spoilers for Thursday, July 30, reveal that Derrick (Spencer Neville) will receive a helping hand from Will (Guy Wilson). Of course, this favor isn’t out of the kindness of Will’s heart. Will almost always has a scheme in mind and this time won’t be any different. Will is hoping that Derrick can win over Paul (Christopher Sean) and keep him out of Sonny’s (Freddie Smith) orbit. It seems Derrick will make major progress. Though Paul isn’t looking for anything serious, he’s definitely been bonding with Derrick. The pair will share a steamy kiss before long. However, we all know Will’s latest plan will ultimately fail. In fact, this scheme could have particularly disastrous results.

DOOL spoilers for Friday tease that an act of violence will spoil Will and Sonny’s evening out with Paul and Derrick. “Days of Our Lives” rumors hint that this could be some sort of hate crime. Perhaps someone will see the public display of affection and start a fight. It’s also possible that Will has set something up to provoke Paul. Whatever the case, this night won’t end well. Some “Days” viewers have speculated that Sonny could aggravate his injuries from the stabbing earlier this year. That could send Sonny off to a specialist outside of Salem in the near future. 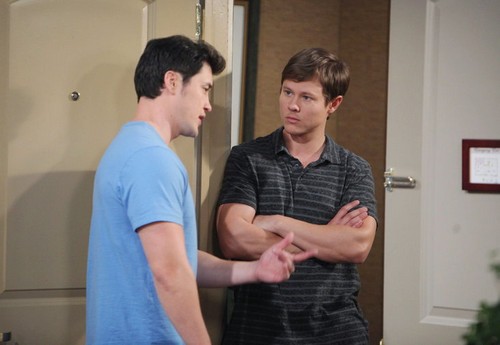 Other DOOL fans have suggested that Derrick could bear the brunt of the attack. Derrick only has a couple of episodes left in his stint, which means this brawl could take him out of the picture. Then again, there’s always the chance that the rumors are blowing all of this out of proportion. The violence may be nothing more than a punch and a black eye. Still, everyone is on heightened alert as several departures loom.

Meanwhile, JJ (Casey Moss) will spot Kyle (Michael Cardelle) getting cozy with Paige (True O’Brien). JJ recently decided to work with the DEA to bring Kyle down. Seeing Paige and Kyle growing closer will undoubtedly push JJ to rev up his efforts. Next week, JJ will do some digging in Kyle’s apartment. Maybe JJ will find a piece of evidence that will provide updates on who Kyle is connected to. If JJ discovers that Kyle is working for Clyde (James Read), it could mean bad news. “Days of Our Lives” rumors say Paige may become a casualty of the war that’s sure to follow JJ’s mission. Stay tuned to the NBC soap to see if Paige will die as a result of JJ’s actions.

So “Days” fans, what do you think about Will trying to push Paul and Derrick together? What will happen during the guys’ evening out? Will the violence be what sends Sonny packing? What about JJ’s jealousy? Will JJ’s undercover operation lead to Paige’s death down the road? Let us know what you think in the comments below and don’t forget to check CDL tomorrow for the latest “Days of Our Lives” spoilers, rumors, updates and news.