Days of Our Lives Spoilers: JJ and Gabi Bond Over Paige, New DOOL Couple? Abigail Risks All For Love of Chad 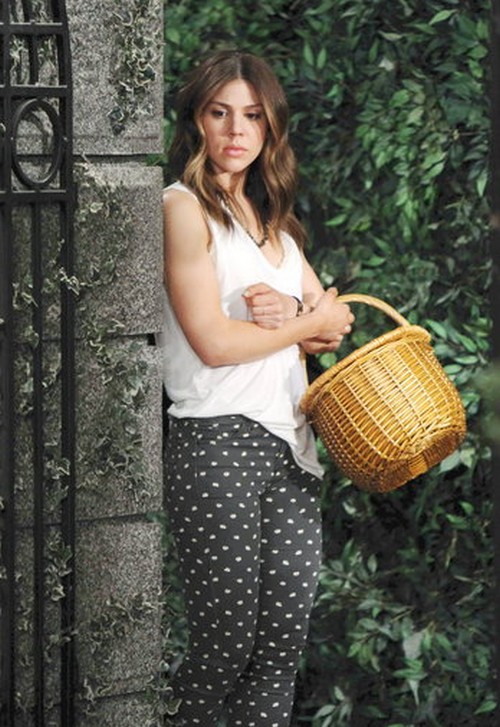 “Days of Our Lives” spoilers reveal that a new pairing could be in the works. Gabi (Camila Banus) will learn she was related to Paige (True O’Brien) and it’ll open up some storyline opportunities with JJ (Casey Moss). JJ and Gabi will bond over what they’ve lost. Gabi didn’t get the chance to know her half-sister and JJ had to say goodbye to his young love far too soon. As they talk about their connection, Gabi and JJ may find themselves growing closer.

Of course, it’s possible that the show is just creating a meaningful friendship here. However, DOOL typically takes pals to the next level eventually. Depending on the chemistry Banus and Moss have on screen, Gabi and JJ could be great together.

Since “Days” is getting a new teen scene, it’s time to move JJ out of the kiddie pool and have him start interacting with an age bracket that’s a little more mature. Let’s go ahead and say Eve (Kassie DePaiva) doesn’t count. Most viewers would agree those hookups should be forgotten.

JJ has been through a lot over the last few months thanks to Clyde’s (James Read) shadiness and Paige’s demise. It’s clear that JJ won’t get over any of this quickly. Likewise, Gabi’s time in prison undoubtedly changed her. Perhaps Gabi and JJ are both realizing that they need to make the most of every moment. Stick with “Days of Our Lives” to see if Gabi and JJ will hit it off.

When Abigail reaches out to Chad once again, he’ll wonder why she’s risking so much for him. DOOL rumors suggest that danger could be lurking as Ben becomes more and more obsessed with his fiancé. As long as Chad is in the picture, no one is safe. Stay tuned to “Days of Our Lives” for updates on Ben’s next victim.

So “Days” fans, what do you think about the news that Gabi and JJ could be paired up? Do you feel they would be good for each other as a new DOOL couple? Should Abigail continually put herself in harm’s way for Chad? Are things about to spiral out of control? Let us know what you think in the comments below and don’t forget to check CDL often for the latest “Days of Our Lives” spoilers, rumors, updates and news.