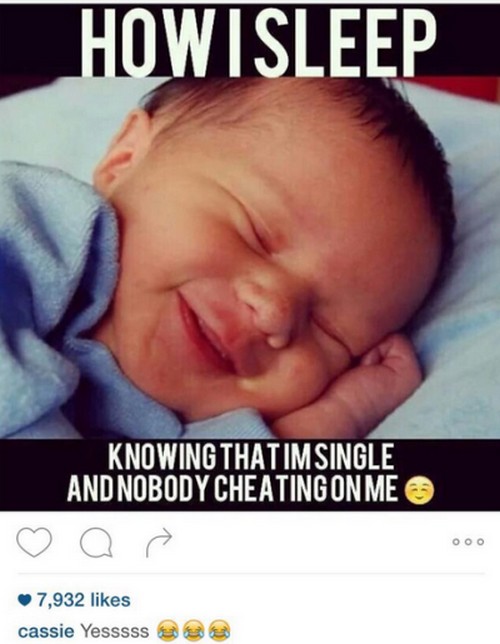 Diddy is a single man now after a Cassie break-up. Cassie took to Instagram and proclaimed her freedom and then accused her rap mogul ex of being a cheater. Now it looks like Diddy’s singer – dancer ex is either having second thoughts about the split or maybe her former man made an offer she couldn’t refuse because Cassie deleted the post that took jabs at Diddy but not before screenshots were shared.

BET reported that Diddy, whose real name is Sean Combs, was seen leaving a Hustler store with a woman who wasn’t Cassie and that might have set the Me & U singer off. This time Combs was seen with the mother of half his kids, Kim Porter.

Cassie is tired of Diddy’s cheating ways and has cut the rapper loose. After years of waiting for I’ll Be Missing You rapper to finally make their relationship official, it looks like Cassie has decided to just cut her losses. Cassie and Diddy met in 2007 and despite a whole lot of rumors, the Bad Boy Records founder didn’t admit they were official until 2012.

Sean Combs isn’t known for being monogamous and their entire relationship has been a roller coaster of cheating allegations. Now it looks like Cassie is fed up and the Kim Porter spotting was more than enough for her to just give up on ever marrying Diddy.

Cassie finally broke her silence about a break up that has been almost two months in the making. Her knee jerk reaction to diss Diddy on Instagram must have been rethought though because she took the picture back down within hours.

Cassie and Diddy have been on the rocks for several months because he refused to give up another side chick Gina Huynh. B. Scott reported that Gina and the Bad Boy mogul were seen together again back in October during the Revolt Music Conference and when Cassie found out, she was fuming.

According to the report, Cassie took off to South Africa for the filming of Honey 2 just after the October festival and since she’s been there, she refuses to talk to Diddy at all. Cassie even cut off her own management team so that her cheating ex-boyfriend couldn’t use them to get to her.

Apparently the Instagram photo captioned “Thank you” showed the room full of roses that Diddy sent to his angry ex when trying to see if there was a chance of reconciliation. The answer would be no and Cassie made that very clear when announcing to the world that Cassie is single.