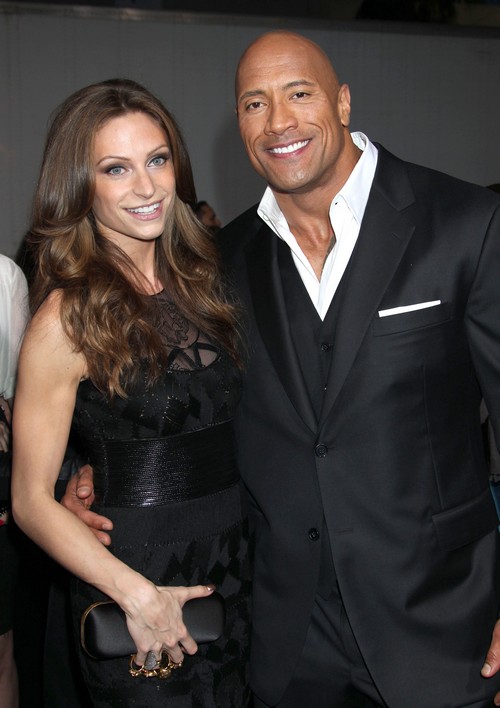 Dwayne The Rock Johnson is going to be a dad (again!) Sources are confirming that the actor’s longtime girlfriend Lauren Hashian is indeed pregnant with their first child together. This will be Lauren’s first baby, Dwayne already has a 14 year old daughter named Simone with his previous wife Dany Garcia. According to a new report, The Rock and Lauren Hashian are thrilled by the baby news and can’t wait to expand their family.

An inside source dished to US Magazine, that Johnson and Hashian are “so excited!” Dwayne is a family man to the fullest, and in a recent interview with Esquire Magazine he opened up about his girlfriend Lauren Hashian and daughter Simone. Dwayne seemed upset that the media was only interested in his career – and never paid credit where credit was due, to his family.

Johnson dished to Esquire Magazine, “We do these stories and we talk so much about the business end, the success end, but then Lauren isn’t mentioned and my daughter [Simone] isn’t mentioned. I always like making sure we find the balance and my home life is in there and Lauren Hashian is in there and my daughter is in there. You gotta get the better half in there. With all the cool s–t and success that I’ve been lucky enough to get? That doesn’t happen unless the home life is solid.”

Ironically, The Rock just revealed on social media earlier this month that he had adopted two French bulldog puppies, so it looks like he and Lauren are going to have a full house! Are you as excited as we are about Dwayne and Lauren’s baby news? Could there be wedding bells in their near future? Let us know what you think in the comments below!