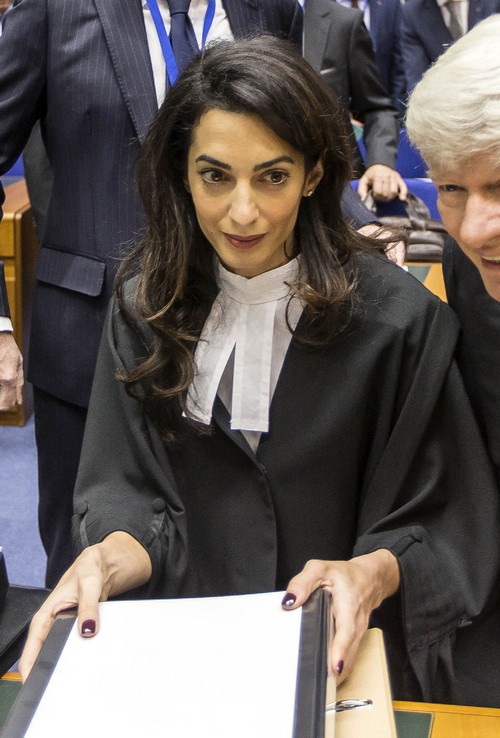 Rumors are swirling that George Clooney and Amal Alamuddin are heading towards divorce and already living separately. George Clooney shocked the world in 2014 when the infamous bachelor finally settled down and tied the knot and married lawyer Amal Alamuddin in a lavish September wedding in Italy. Although just getting George Clooney down the aisle is commendable, everyone doubted Amal and George’s marriage would last – and it appears to already be going downhill… fast. New reports reveal that George Clooney and his wife Amal Alamuddin are living separately, not even living together anymore, they’re not even living in the same country! When we consider Hollywood marriages and long distance relationships we can see that George and Amal have two strikes against them and divorce, if not inevitable, is likely.

The February 16th edition of Life & Style Magazine reveals, “Before their $13 Million wedding on September 27th, George and Amal vowed to never be apart for more than two weeks at a time. But four months in, the newlyweds are already living apart. She primarily works out of London, and he is busy filming the new Coen Brothers flick Hail, Caesar! In Los Angeles.”

A Hollywood insider snitched to Life & Style Magazine that George and Amal are actually happy living apart, because they had a mega fight after Amal’s disastrous appearance at the Golden Globes. The insider explained, “He felt disrespected by the way she appeared bored during his speech. After their spat George felt no regrets that his filming schedule prevented him from accompanying his wife back to Europe. It’s like a weight has been lifted off his shoulders. He’s very excited to see some of his friends and he has some tequila nights planned.”

Don’t get us wrong – it wasn’t that we didn’t want to see George Clooney happy… or married. But, I think we all know that he and Amal are two completely different people, with very different personalities and interests and that divorce is always a possibility with long distance marriages. Frankly, we’re all a little surprised that the marriage has made it past the four month mark. What do you think about Amal and George living in different countries? Is this just the beginning of the end of their marriage? Or are they in it for the long haul? Let us know what you think in the comments below!