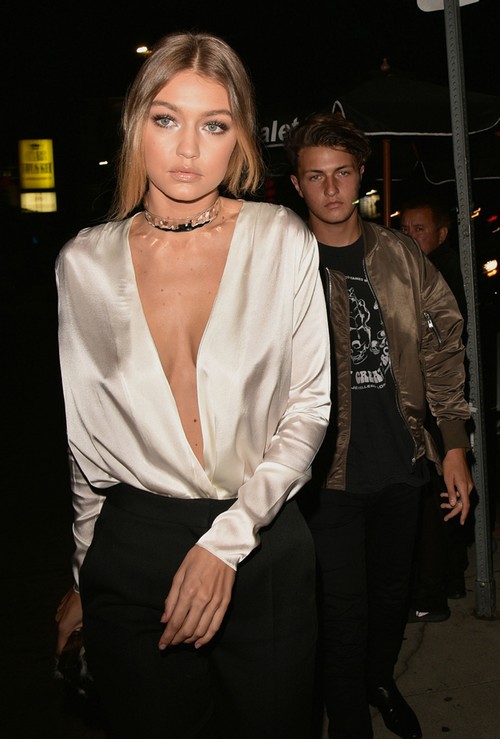 Gigi Hadid and Joe Jonas have split, after a pretty intense summer romance reports have hit the internet that the model and musician have broken up and gone their separate ways. Gigi and Joe haven’t been spotted out on a date since October 25th.

The couple, appropriately nicknamed “GI Joe” skipped skipped a cliché couple’s costume on Halloween this year – which really is too bad, because there was a whole lot of potential with their nickname.

According to an all new report: “TMZ confirmed the couple formerly known as G.I. Joe decided to call it quits after what amounts to an extended summer fling. A source close to the couple tells us it was all about their schedules. Joe wanted to focus on his new group DNCE … which is just kicking off a new tour.”

Neither Joe nor Gigi have confirmed nor denied the break-up, but now that it is out there they will most likely release a joint statement about an “amicable break-up” and going their separate ways because of their “busy schedules.”

Ironically, when Gigi Hadid and Cody Simpson broke up – just a few days before she stepped out with Joe, they too also cited their busy schedules as the reason. Obviously that wasn’t really the case because Gigi manage to find time for Joe. So, we can’t help but wonder if the whole “busy schedule” rouse is just Gigi’s way of letting Joe down easy before she moves on to her next conquest.

What do you guys think? Are you surprised the Gigi and Joe Jonas split? Do you think they could still get back together? Is Gigi really “too busy” or does she already have a new boyfriend? Share your thoughts in the comments below!