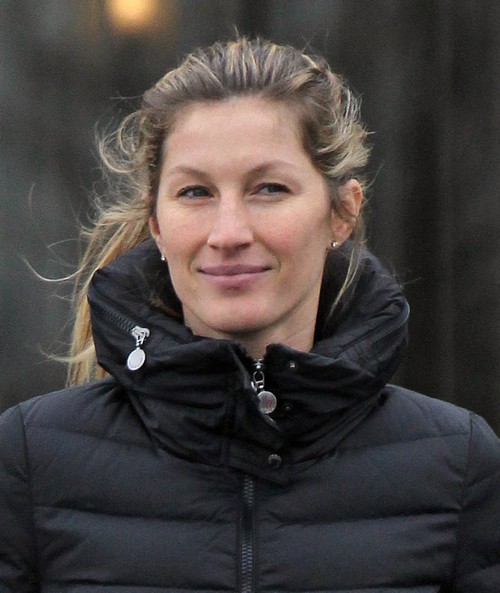 Supermodel Gisele Bundchen has prided herself on her natural beauty, preached about women accepting their bodies, and even scoffed at the idea of plastic surgery. And, now she is a total hypocrite. On July 15 Gisele was caught sneaking in to a Paris plastic surgeon’s office, decked out in a Muslim burqa to try and conceal her identity after she was dropped off by a black town car. Gisele’s sandals were a dead giveaway – it is against Muslim women to show any part of their bodies while dressed in their burqas, especially their feet.

Multiple sources have confirmed that the burqa-wearing woman that arrived to get work done was none other than Bundchen – and she is mortified that she got caught red-handed. An insider dished to In Touch Magazine, “The last thing she wanted was for the world to know that she was getting work done, now she looks like one of the biggest hypocrites around. She underwent the procedures to perk up her breasts and refresh her eyes as a gift to herself for her 35th birthday. But the embarrassment of getting caught definitely wasn’t worth it. She is beyond mortified.”

Gisele Bundchen is a middle-aged supermodel and the mother of two kids, and we’re sure her husband’s (Tom Brady) deflate-gate drama gave her a few stress lines too this year – everyone would have expected her to get work done, as a matter of fact we would have been shocked if she didn’t. The issues is that she basically mocked Muslim women while simultaneously doing something she had looked down on other women for doing. She should feel mortified, and she has a lot of explaining to do.

What do you think of Gisele’s hypocritical and not-so-secret trip to the plastic surgeon? Do you think she owes women an apology for judging them for getting the same procedures she did? Or what about the women who were striving to be “all natural” because they thought that Gisele’s beauty was “all natural?” It seems that both Gisele Bundchen and husband Tom Brady are cheaters! Let us know what you think in the comments below!