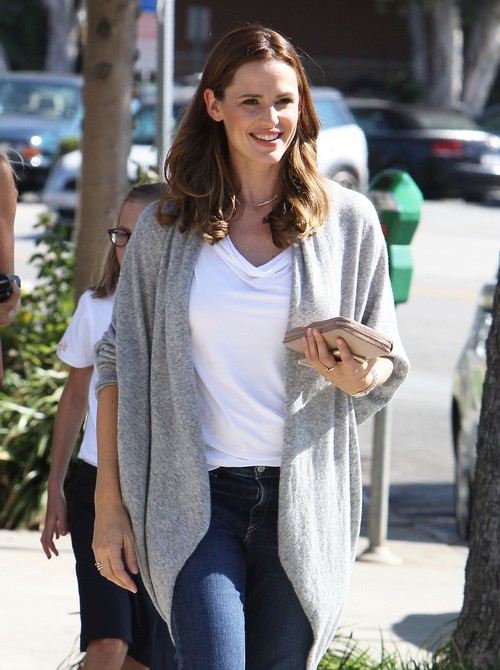 Gwyneth Paltrow and Jennifer Garner are apparently BFF’s – and who better to help Jen with her Ben Affleck divorce than the queen of “Conscious Uncoupling?” Gwyn is not exactly one of the easiest women to get along with, as a matter of fact Jen Garner might be the first friend she has had in nearly a decade – but the two actresses were spotted bonding over motherhood, their divorces, and their mutual ex Ben Affleck (yes, he dated Gwyn too).

This week’s edition of OK! Magazine reveals that Jennifer Garner and Gwyneth Paltrow were spotted having a heart to heart recently – and Gwyn 100% is Team Jennifer. An insider reports that the two women bumped in to each other at a Los Angeles Farmer’s Market right after Jen’s divorce went public – and Gwyn congratulated her for finally putting her foot down when it came to Ben’s shenanigans. If anyone knows how Ben Affleck really is – it’s his girlfriend from the 90’s Gwyn. Let’s not forget that she is the one who famously shared that “Ben would be better off dating a stripper from Score’s.” Ironically, a few years later he cheated on his fiancée J-Lo with a stripper.

An inside source overheard Gwyn and Jen chatting at the Farmer’s Market and reported to OK! Magazine. “Gwyn was apologetic for bothering her, but she wanted to compliment her for having the bravery to get out of an unhappy situation. She said she understands how difficult divorce is, especially with young kids, and she told Jen that she was rooting for her.” Honestly, we’re still trying to wrap our minds around the idea of Gwyneth Paltrow being kind to anyone. But, it was definitely a sweet gesture.
Could Gwyn and Jen be Hollywood’s newest set of BFF’s? Does Gwyn genuinely care about Jen, or is she more interested I the fact that her ex-boyfriend Ben’s marriage fell apart? Let us know what you think in the comments below!

Newly single actress and busy mom Jennifer Garner is spotted out and about with her daughters Violet & Seraphina on September 8, 2015 in Pacific Palisades. FameFlynet