Gypsy Sisters Recap – “The Call That Changed It All”: Season 4 Episode 6 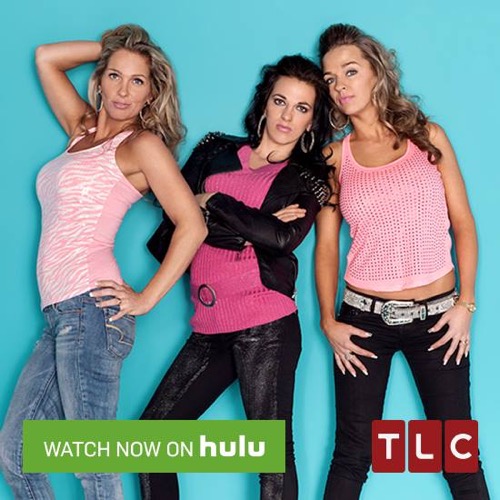 Tonight on TLC GYPSY SISTERS continues with an all new Sunday July 5 , season 4 episode 6 called “The Call That Changed It All.” We’ve got your recap down below! On tonight’s show the dude ranch adventure continues.

On last week’s show the women went to a dude ranch, where they did everything from cleaning stalls to herding cattle, but most of all they had to learn to work together to be successful. Did you watch the last episode? If you missed it we have full and detailed recap, right here for you.

On tonight’s show as per the TLC synopsis “the dude ranch adventure continues until a call in the middle of the night brings tragic news that changes the women’s lives.”

Tonight’s episode is going to be another drama packed one, which you won’t want to miss. So be sure to tune in for our live coverage of TLC′s Gypsy Sisters Season 4 episode 6 at 9PM EST! While you wait for our recap, hit the comments and let us know how excited you are about the new episode of Gypsy Sisters tonight.

The purpose of the Ropes Course was team building. However, when we last saw them, Mellie was refusing to follow through on what was literally the whole point of the vacation.

The Gypsy sister had travelled all the way to the ranch in order to repair some of their relationships. But, when put to the test, it looked like Mellie’s resolve just couldn’t overcome her fear of heights. So you know what happened? Nettie stepped up!

Mellie was rightfully scared and there seemed to be nothing the other could say that would make her join them. Yet, that seemingly changed in an instant on tonight’s of “Gypsy Sisters” when Nettie fell back on her old mothering instincts and managed to talk Mellie through the whole course. And, funnily enough, that may have been what Mellie wanted all along.

Nettie and Mellie are sisters but not in the traditional sense. It was actually Nettie that had raised Mellie. So, for all intents and purposes, the older sister is the only mother Mellie has ever known. It must have hurt when they were feuding.

Nettie had spread nasty rumors around town about her sister. For the younger one, that must have felt like her mother was abandoning her. In her case, for a second time.

But, thankfully, now things are different. It looks like their relationship is getting back some of its old spark. So, of course, everyone seems happier.

Mellie and Nettie are back to their mother/daughter routine and, at the end of the day, the others are just glad to have a sense of normalcy returned.

Though, later, Nettie once again felt sick. Her stomach had been bothering her throughout this entire trip and she simply didn’t have the strength to follow the rope course with a night on the town. Nettie stayed in and the rest of the ladies went out to meet up with cowboys.

Afterwards, Nettie didn’t begrudge anyone. She may have a side joke about Kayla being hungover but that doesn’t necessarily mean she begrudged her. Overall, this vacation of theirs was a success.

However, that too ended up changing in an instant, because sadly there had been a death in the family and the victim had been Nettie’s stepson.

Nettie’s stepson Rocky was barely 21 and was expecting a baby. Yet, while on vacation, the ladies had heard that he had gotten into a scuffle with someone and was eventually murdered when things got out of hand. So, naturally, Nettie had to leave the ranch and rush home.

Rocky had been her husband’s only son!

And after Nettie left, her family was soon behind her. The ladies called some friends to come pick him up and once everyone was home – they all began helping out with the funeral.

The family were fortunate when Rocky’s murderer turned himself in but it didn’t offer up that much comfort. Rocky was gone and there was simply no way of changing that. So, for the most part, the ladies just tried to make it through the next few days.

JoAnn came up with a memory box for Rocky’s daughter so that one day the little girl will come to know her dad. And so that will be a great way to remember him.

Though the prominent feeling everyone has is that this doesn’t feel real.

Rocky being gone forever is something they can’t comprehend just yet.