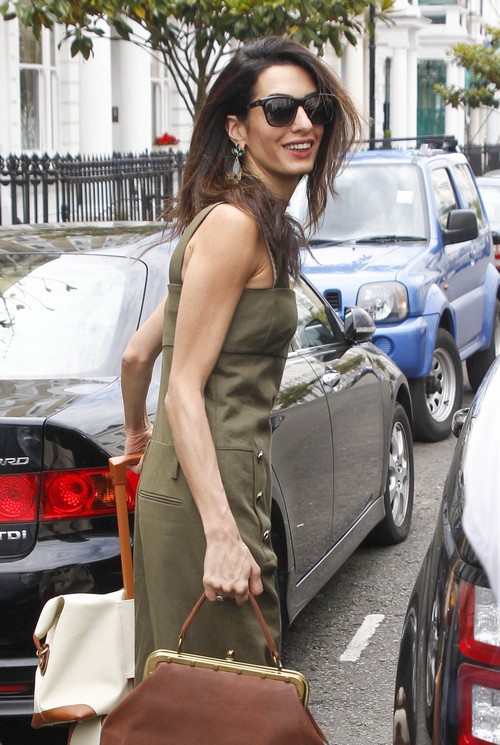 Is George Clooney’s wife Amal Alamuddin hosting the next season of NBC’s Celebrity Apprentice? It’s safe to say Donald Trump is OUT at Celebrity Apprentice, although he insists that he quit to focus on his presidential campaign – we’re pretty sure NBC wouldn’t let him come back if their lives depended on it, considering how many people he has offended over the course of the last few months. Word on the internet is that NBC has their eye on Amal Alamuddin as the next host of the reality TV game show.

When George Clooney married Amal Alamuddin, she despised Hollywood and thought that she was “above” red carpet events. But, she suddenly had a change of heart and seems more interested in being an A-Lister than she is in her legal career and marriage. NBC Chairman Robert Greenblatt recently dished on the search for a new host and stated, “We’re always looking for a host of that show who’s going to make noise and be a big personality. There’s a few people out there who fit that bill. I guess people are just in the political world looking for somebody who just speaks their mind, regardless of anything else. He does that…Whether you agree with what he says, he says it without any kind of filter.”

Aside from being famous and having a college degree, Amal Alamuddin really doesn’t fit the description of what NBC is looking for at all. Multiple media outlets have actually criticized Amal Alamuddin’s less than stellar personality and overall boring demeanor – not to mention her complete lack of business experience. As a matter of fact, she is probably one of the worst choices to host any television show. She would probably jump at the chance though, seeing as how she has a new fascination with being in the limelight.

What do you guys think? Would Amal Alamuddin make a good host? Or should Celebrity Apprentice keep looking? Share your thoughts in the comments below!