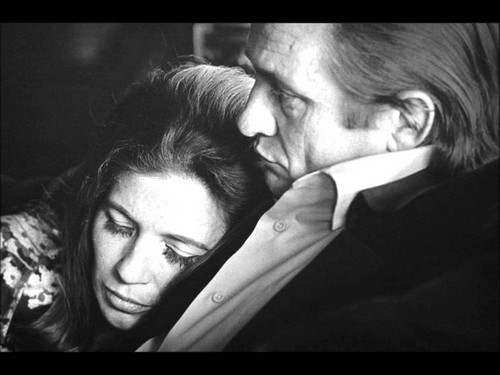 It has been over a decade since the great Johnny Cash passed away in 2003 at the age of 71 due to complications from diabetes, but his remaining family and relatives are still haunted by a shocking bombshell that he almost took to his grave with him. It’s no secret that Johnny Cash was no saint, and he and his wife had a long but tumultuous marriage, riddled with scandal and cheating accusations over the years. But, what a lot of people didn’t realize is that Johnny Cash actually had an affair with June Carter’s sister Anita – and got her pregnant!

When Johnny Cash was on his last leg in 2003 the story of his illicit affair with his sister-in-law hit the news, and Johnny’s friends and family were shocked. The March 30th edition of National Enquirer reveals, “More than a decade after the death of Johnny Cash family members and friends are still reeling from a shocking secret the country music legend tried to take to the grave – a forbidden affair that left his wife’s sister pregnant with his love child.” National Enquirer’s inside source explains, “The years can’t erase what happened between Johnny and his sister-in-law Anita, it’s still haunting their relatives and closest pals.”

Apparently June Carter was well aware of Johnny and Anita’s affair – and she not only forgave her husband and helped him cover it up, but she also made peace with her sister Anita and even moved her in to the Cash home when she became elderly and could no longer care for herself. So, how did Johnny Cash and the Carter sisters keep the affair quiet for so long? According to National Enquirer, when Anita learned she was pregnant with her sister’s husband’s baby – she opted to get an abortion.

How would you feel if you learned your father almost had a baby with your Aunt? Would you be as disturbed by Johnny and Anita’s affair as his kids and family are? Can you believe that June Carter actually was able to forgive her husband and her sister? Would you be able to? Let us know what you think in the comments below!