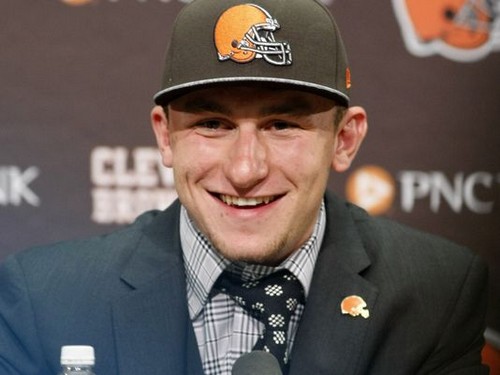 Cleveland Browns Quarterback Johnny Manziel has just entered rehab. There have been rumors of alcohol abuse that have followed Johnny Manziel for a long time, even through his first year at the Cleveland Browns. But lately, it’s become more and more obvious that his alcohol issues weren’t going to go away without some serious intervention.

Johnny’s adviser released a statement saying, “Johnny knows there are areas in which he needs to improve in order to be a better family member, friend and teammate and he thought the offseason was the right time to take this step. On behalf of Johnny and his family, we’re asking for privacy until he rejoins the team in Cleveland.”

There is no confirmation on how long his rehab stay will be, where it will be, or anything else concerning his alcohol abuse. But the Cleveland Browns are a big team, and we have to question how their quarterback had an alcohol addiction for this long without anyone noticing – or with so many people covering it up.

What do you guys think about Johnny Manziel going to rehab for alcohol abuse? Do you think he’ll be welcomed back to the Cleveland Browns with open arms? Let us know your thoughts in the comments below.