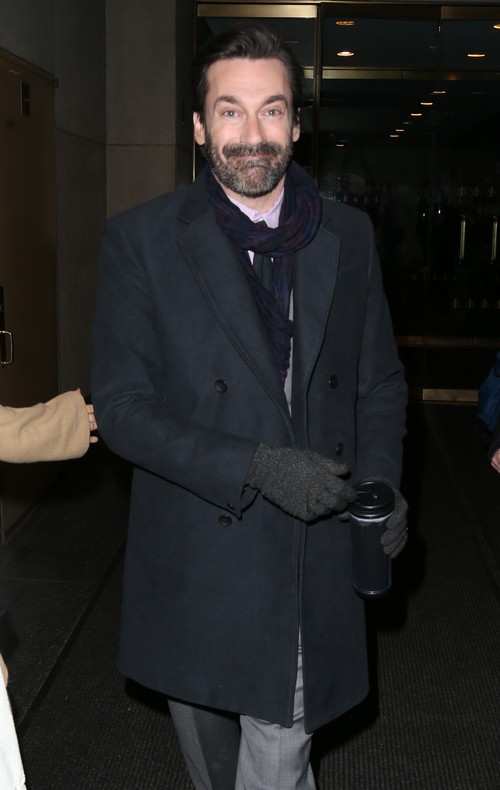 Mad Men star John Hamm just checked out of rehab – and the actor managed to spend 30 days in an in-patient treatment center for alcoholism without the story being leaked to the press. Hamm has played the part of Don Draper on the AMC series since 2007, coincidentally the popular character also has a bit of a drinking problem on the show.

According to an all new report from TMZ, Jon Hamm checked to a 30 day rehab program for alcohol abuse at Silver Hill Hospital in New Canaan, Connecticut at the end of February 2015. Hamm just completed his covert stay at the hospital, and his team has released an official statement regarding the month long rehab stint. Hamm’s people told TMZ, “With the support of his longtime partner Jennifer Westfeldt, Jon Hamm recently completed treatment for his struggle with alcohol addiction. They have asked for privacy and sensitivity going forward.”

Ironically, Jon Hamm completed his trip to rehab and 30 day program just in time for the Season 7 premiere of Mad Men, which will be the final season of the 1960’s based TV show. Fans of the series, which lasted eight years, have been counting down the days until the final episodes air on AMC. The final episodes of Mad Men will premiere on Sunday April 5th, so it looks like Hamm got sober just in time to enjoy the milestone event. On March 23rd Hamm and the rest of the Mad Men cast appeared on the Today Show and discussed the finale, Hamm confessed that he has known his character Don Draper’s fate for four years now – and teased that fans will want to be sure to tune in to the final season.

Are you a fan of Mad Men? Did you know that Jon Hamm actually struggled with sobriety off the screen as well? Will the actor be able to maintain his sobriety now that he is out of rehab? Let us know what you think in the comments below!