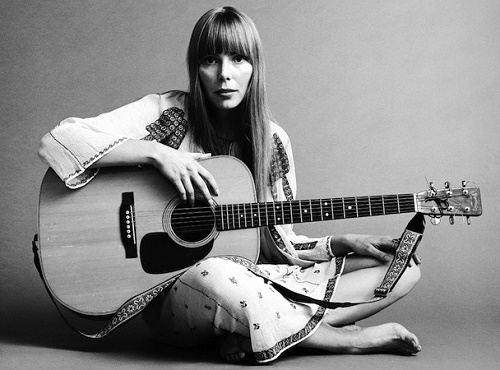 Legendary singer Joni Mitchell was taken to the hospital last month after being found unconscious, and now it’s been confirmed that she’s gone into a coma. The singer is currently unresponsive and her prognosis looks grim. Right now, it’s not looking as if the singer will recover and, according to documents examined by TMZ, Mitchell is “so impaired as to be incapable of being assessed.”

A close friend of Mitchell’s, Leslie Morris, has recently filed documents to assume the role of conservator to overseer Mitchell’s future affairs. Morris revealed that Mitchel told her that she has no family to fill the position.

Very little is known about what caused Joni’s current condition and first sent her to the hospital. We reported recently that, while her health status is a bit mysterious, she she did admit back in December [to Billboard Magazine] that she had a rare skin condition called Morgellons disease that prevented her from performing. At the time, she stated, “I can’t sing any more – don’t miss it. I can’t play any more – don’t miss it. I’ve got all these instruments laying around and hopefully one day I’ll pick them up.”

Joni has a very faithful fanbase and they continue to offer her their support and well wishes via social media. The hashtag #WeLoveYouJoni is being used to group all the good wishes, which can be seen in one place on the special website We Love You Joni.

What do you think about Joni’s mysterious state? Let us know your thoughts in the comments below.