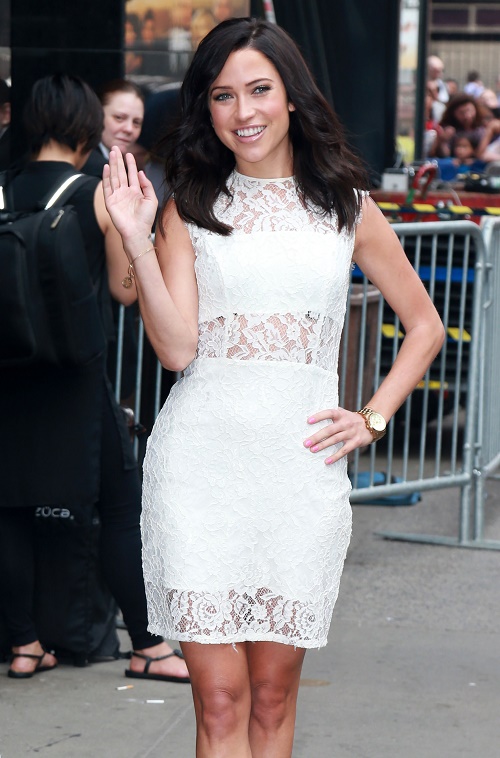 Did Bachelorette Kaitlyn Bristowe’s fiancé and 2015 winner already break up with her? Season 11 of the reality TV dating show on ABC is winding down, and Kaitlyn Bristowe is down to her final three guys: Ben Higgins, Nick Viall, and Shawn Booth. Although the final rose ceremony hasn’t aired yet, Kaitlyn released some spoilers last month that ruined the final rose ceremony for everyone. The Bachelorette actually posted a video of herself in bed with her shirtless fiancé Shawn Booth!

Kaitlyn Bristowe may have gotten engaged to Shawn Booth and accepted a ring from him during the final rose ceremony, but word on the internet is that the not-so-happy couple is on the verge of a break-up already and the odds of them being together when it is time to film the After The Final Rose live show are slim to none.

In case you haven’t noticed on The Bachelorette this season, Shawn Booth has some serious jealousy issues. And, that couples with having to rewatch Kaitlyn making out and hooking up with other guys and telling them that she is “falling in love with them” is seriously taking a toll on Shawn and he and Kaitlyn are fighting non-stop.

Also, according to an insider, Shawn is livid because he thought that the entire “sex with Nick Viall” storyline was staged. A source close to Bachelorette production dished to CDL, “Kaitlyn and the producers totally played Shawn. He was under the impression that Nick and Kaitlyn didn’t really have sex, and it was all staged for drama purposes. That’s why the scene where he goes to Nick’s hotel room to confront him was so awkward – they were literally reading lines off a script. Then, Shawn watched the show and realized the sex scene between Nick and Kaitlyn was 100% real – he feels so betrayed.”

At this point, we would be completely shocked if Shawn and Kaitlyn don’t break up. Their relationship was basically doomed from the start. Shawn is a jealous and insecure mess, and it’s pretty obvious the last thing on Kaitlyn’s mind is settling down and getting married. Do you think that Kaitlyn and Shawn will actually get married? Do you blame Shawn for being mad, or is he over-reacting? Let us know what you think in the comments below!