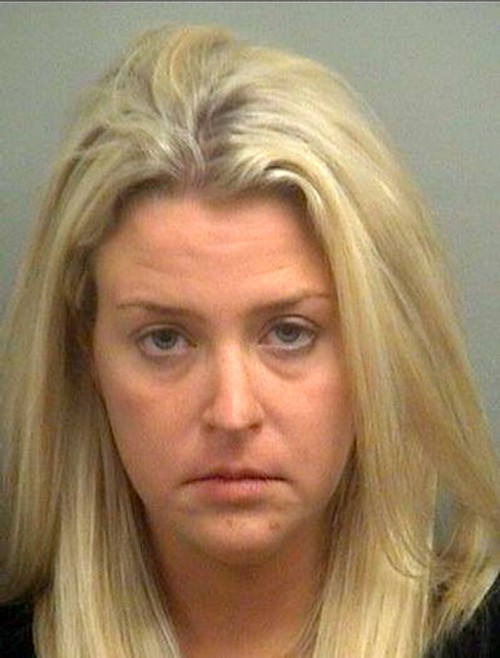 Michael Lohan urgently called 911 in dramatic hysterics on Thursday, regarding his wife Kate Major’s drunken, drug-fuelled attack on him. As the couples’ small children screamed in the background, Lohan beckoned for the cops to apprehend his severely intoxicated wife. According to reports by TMZ, Kate Major-Lohan allegedly started a fight and physically assaulted Michael, after she came home inebriated. Once the cops arrived to the couple’s home in Boca Raton, Kate accused Michael of being the aggressor. After the cops checked to verify any injuries to her body, they said that Kate started to scratch herself in an attempt to have Michael arrested.

However, Kate was subsequently the one who was arrested, as the cops could clearly see that she was higher on something other than just life. During the 911 call, Michael was candid about Kate’s previous criminal record, as well as her penchant for weed, pills and alcohol. Lohan eventually divulged to radaronline.com that Kate’s erratic behaviour was a compilation of his ex-wife Dina Lohan’s legal vendetta against him. Lohan also stated that “Kate has been drinking again for two months,” and he has tried to convince her to “return to rehab.”

Major was transported to the Palm Beach County Jail, and she will be seeing a judge shortly. Authorities have since charged her with battery, as Michael was the victim of vicious scratches down his back and red marks on his body. On Thursday, in his exclusive interview with radaronline.com, Michael also stated that Kate went out to have a few glasses of wine, but when she returned home, it was indisputable that she was more than just a tad bit tipsy.

Michael admitted that the couple’s two young sons witnessed Kate’s aggression towards him, and in a shameless attempt to distort the facts, Kate allegedly tried to convince their toddler to say that Lohan was the one who hit her. Michael told police that getting drunk and being violent was a pattern for Kate, since she doesn’t know how to deal with stress in another way.

See some of the excerpts from Michael Lohan about the incident below:

“At the end of the day, this is all because of what Dina is doing in court — Dina goes to the press and lies,” Michael told Radar exclusively. “It’s been stressing Kate out for a while: [like] any other alcoholic or addict, she doesn’t know how to deal with it other than by drinking. Last night she went over the edge, and went after me.”

What do you think of Kate Major’s violent outbursts, and her manipulation of her two year old son, to lie to police to keep her out of jail?