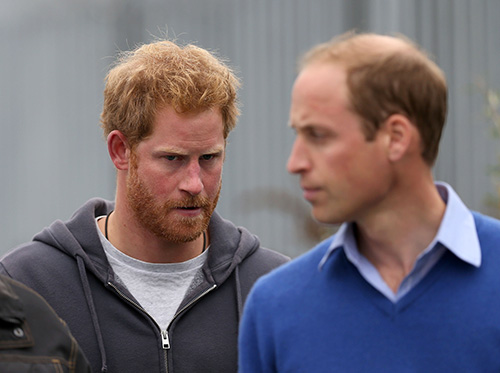 Prince Harry’s Bachelor days are over. William’s little brother is reportedly dating his ex-girlfriend Chelsy Davy (again) – and there could be a wedding announcement any day now! Prince Harry and Chelsy dated off and on for 7 years, until they finally ended things for good in 2011. Dating rumors emerged over the summer that Prince Harry and Chelsy Davy had reconnected while he was doing charity work in Africa, and Kate Middleton says that Chelsy is “the one.”

This week’s edition of GLOBE Magazine reveals that Prince Harry’s sister-in-law Kate Middleton has been serving as his relationship guru. The Duchess of Cambridge “vetted both Cressida Bonas and Chelsy Davy, until she was convinced that Chelsy was royal bride material. A source dished to GLOBE, “Kate has been secretly vetting the pair for months, to decide who will make his perfect wife. Chelsy’s the one. He can’t live without her.”

If anyone knows what is expected of you when you marry into England’s royal family…it’s Kate Middleton. It has been a bumpy ride since she married Prince William, and she has rubbed the royal family the wrong way on more than one occasion – but Kate is still standing tall. GLOBE’s insider dished, “Kate questioned whether either woman was up to the rigors of royal life. And, although Chelsea has confessed some fears about royal life – Kate managed to calm them all.”

It’s really hard to believe that wild-child Prince Harry is finally settling down, and with his former girlfriend Chelsy Davy of all people. Do you think that they will make it down the aisle? Are you surprised that Kate Middleton had such an active role in Prince Harry’s love life? Let us know what you think in the comments below!