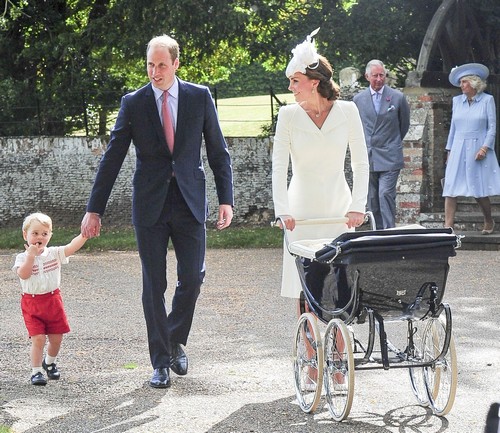 In 1997, Princess Diana – the forlorn ingénue and the alleged victim of the British monarchy – died in a tragic car accident when a horde of hungry French paparazzi chased her convoy into that infamous tunnel in Paris, France. Princess Diana’s death reverberated around the world like an out-of-tune piano. The victims: Princess Diana and her part-time lover, Dodi Al-Fayed. The villains: every media outlet known to mankind. Society re-evaluated its voyeuristic role and suddenly, like a skewer of random lightning, the celeb-photography industry changed forever. Opportunistic photographers were hunted down in a Salem-esque witch hunt.

No more, they said. No more pictures. Don’t flash the bulbs. Don’t.

However, voyeurism and celebrity go together like Gary Busey and Kate Bush. There’s always someone (or something) snapping a nipple slipping out of its hiding place ala Tara Reid post-breast implant.

The British royal family has always had a rather strange, albeit strained relationship with the media -now even more so with Prince George and Princess Charlotte, aka the most popular babies in the universe – bar none. Prince William and his doting wife, Kate Middleton The Duchess of Cambridge (otherwise known as ‘Kate’), decided to take matters into their own hands – Who am I kidding? American PR extraordinaire and the current Royal Communications Secretary, Jason Knauf, ghost-penned a bizarre press release on Friday (14 August, 2015). The ‘open letter’ – it sounds less threatening than ‘horror-hate’ media release – reads like a Nicholas Sparks novel, sans Gena Rowlands and Ryan Gosling’s sad, hot face.

Basically, Prince William and Kate Middleton want the paparazzi to back off from Prince George and Princess Charlotte, because, you know, unofficial photos of royal babies are so Anne Geddes circa 1999.

The “dangerous and distressing” tactics of tactless press photographers could signal the end of George and Charlotte’s idyllic childhood, according to Prince William and company. If the press cannot be controlled by the press gods, then poor George and Charlotte might end up “behind palace gates and walled gardens” until the end of days and/or until their golden hair is long enough to hoist up a charming prince/princess/frog.

But it is not the children’s lives they fear for the most. No, according to the ‘open letter’, press photographers could end up getting shot, maimed and/or killed – accidentally of course – if they’re in the ‘wrong place at the wrong time’.

So that escalated quickly.

Allegedly, and this is purely anecdotal, photographers have been found hiding in cars and trees and, yes, even in sand dunes, all in the hopes of snapping a perfect photo of a perfect royal baby. Since we’re not living in a naïve Utopia filled with Zac Efron clones, said press release-whatchamacallit is like farting in a hurricane, i.e. it won’t make an iota of difference. In all honesty, if I were a press photographer I would be more scared of Mama June Shannon coming at me with a meat cleaver than I would be of Prince William, Kate Middleton and the American PR guru.

In the words of Hamlet, “O God, I could be bounded in a nutshell and count myself a king of infinite space, were it not that I have bad dreams.”

Ridiculous? Bizarre? Poisonous darts, anyone? William and Kate were quite content with having Sky News’ reporters clamour over them like alcoholic cockroaches during Kate’s two pregnancies. Why the sudden change of heart? What do you think? Let us know your thoughts in the comments below.