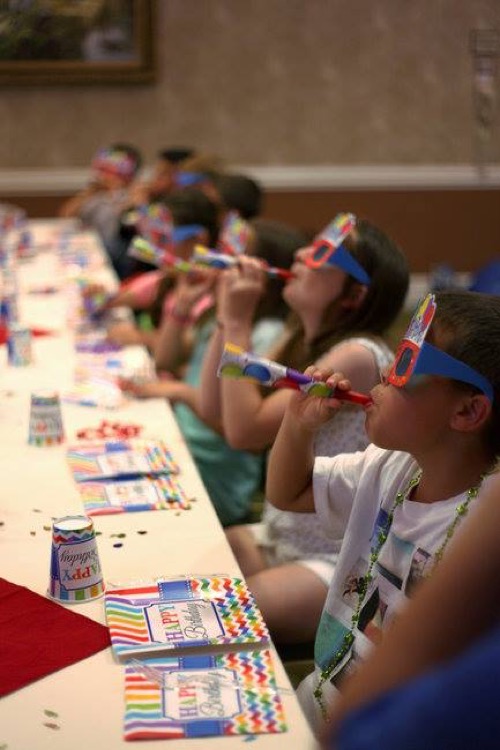 Tonight on TLC Kate Plus 8 continues with an all new Tuesday June 30, season 3 episode 8 called, “Birthday #11,” and we have your weekly recap below. On tonight’s episode the sextuplets turn 11 with a birthday party that includes roller-skating, pizza, cake, presents and a sleepover party.

For those of you who don’t know, Kate and the kids are back and bringing more controlled chaos this year.

On tonight’s episode as per the TLC synopsis, “as the sextuplets turn 11, Kate throws the kids a so-called progressive birthday party! The kids enjoy a day full of roller-skating, pizza, cake, presents, and sleepover party.”

Kate and her unruly eight are back again for tonight’s very special episode. See the sextuplets are all turning 11 this year and so as part of the celebrating, in the lead up to the dreaded teen years, Kate has decided to throw a “progressive” birthday party. Though she’s definitely is using the word progressive in an unexpected way.

While the party is technically going to be progressing from one venue to another, that’s not what people generally think of when they hear the word progressive.

And in regards to Kate and her family, many just assumed progressive was a way of saying she’s finally given up her relentless control. But, funnily enough, it seems she’s already done that. This Kate says she’s tired out. She no longer wants to blow a casket over the littlest things and now she simply wants to enjoy herself. Relax for once.

So Kate had chosen to let be whatever happens. And the kids clearly appear to be enjoying themselves with their more laidback mom. She doesn’t tell a group of kids (her own and some of their friends) to constantly quite down while she’s driving them.

And even Kate benefited from her new attitude. When they were at the roller rink, everyone was so happy that some of them even ran up to Kate to hug her.

Also, Kate wasn’t running around all the time to make sure everything was getting done in the matter she deemed fit. So this year she was able to just take enjoyment from her kids. And loaded up on family photos while she was at it.

So I guess this year brought its own challenges and Kate took something from them.

She gave her kids more leeway and surprisingly one of her daughters stepped up to herd the others. Leah, remember sweet little Leah, well she was put in charge of packing up their car at the start of their day. And for a minute there she sounded like her mother when she was telling her brother to hurry up already.

For a second there, it was very Jon and Kate.

Anyways, later on in the day, the group went to the pizza parlor. And there some of Kate’s old habits came roaring back. Despite it being a restaurant, Kate just couldn’t help clean up after her kids once they were done.

She said she didn’t even know she was doing it until after she was returning the trays to upfront. So, yes, Kate has changed but there still a little bit of neatness left.

And after the pizza place, that’s when the party really started. Kate had booked a venue and a kind friend had even decorated it for her. Which, is something Kate normally wouldn’t have left to someone else.

But, with the candy they had at the roller rink and all the cake they had afterwards, the kids were beginning to get out of hand. They were loud and causing a bit of ruckus. And when they were leaving the venue, some tried to steal things like plastic champagne glasses.

Thus, Kate had to warn against them contraband.

And things didn’t suddenly become calm once they headed to the hotel for the sleepover. For one, the kids were still coming off their sugar high. And for another, they eventually penetrated their mother’s newfound calm.

The boys were put in one room and the girls in another. However the girls’ room was smaller the boys and the girls didn’t appreciate that. And the boys had more beds in their room than the girls did. So even though they called downstairs for cots, there was still a scene about unfairness of it all.

And that’s what led to Kate snapping.

She told them “never again”. That this was officially their last sleepover. And if there was any doubt of that the next morning is what sealed the deal. Alexis got into an argument with her sister over an accident and so Kate was forced to make a scene in order to get her daughter to properly apologize.

Kat blamed the girls’ attitude on the long day they had but, despite loving her kids, she knew she couldn’t do this ever again. Next year has to be easier!