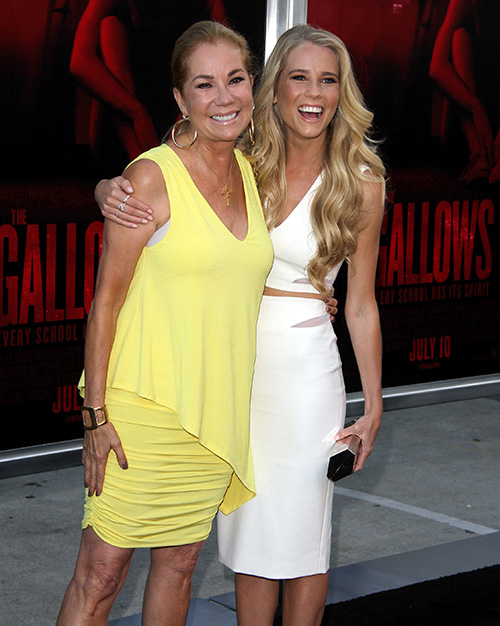 Kathie Lee Gifford shared a heartfelt speech on “The Today Show” after her 85-year-old husband Frank Gifford passed away of what is being cited as natural causes in August 2015, the couple had been married for 29 years.  But it looks like Kathie’s role as a grieving widow has run its course. The iconic news anchor has reportedly taken off her wedding ring and is already getting back into the dating scene – less than two months after Frank’s funeral.

This week’s edition of GLOBE Magazine features photos of Kathie Lee Gifford, and her wedding ring finger is noticeably bare, just as few days after a touching tribute to her husband on September 20.  Pals of Kathie Lee Gifford say that the news anchor is ready to move on (already), and she thinks that her late husband would want her to begin dating again.

A source close to Kathie Lee dished to GLOBE Magazine, “Kathie Lee thinks Frank would want her to fall in love again.  She is a strong woman, but she would be safer not being alone.  She also thinks that Frank would really want the love of his life to be cared for in her older years.  She is open to the idea of falling in love.”

Although it is commendable that Kathie Lee Gifford is taking Frank’s death so well, skeptics are beginning to wonder if she is taking it TOO well.  GLOBE goes on to point out that Kathie Lee was still bitter about Frank’s affair and cheating scandal with Suzan Johnson (a stewardess) in a Manhattan hotel in the late 90s, and that might be why she is so ready to start dating again.  GLOBE’s inside source added, “You have to wonder if all that mess and the bitterness played a role in Kathie Lee getting rid of her wedding ring so quickly.”

Do you guys think it is a little soon for Kathie Lee to be moving on?  Could she still be bitter over Frank’s cheating scandal – which was almost two decades ago?  Let us know what you think in the comments below!