Keeping Up With The Kardashians Recap 3/22/15: Season 10 Episode 2 “Somewhere Over the Cuckoo’s Nest” 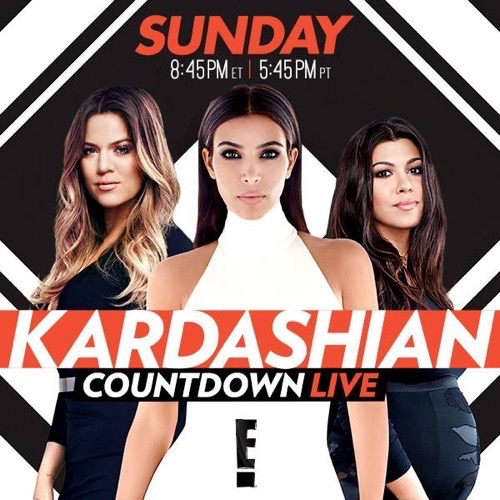 Keeping Up With The Kardashians continues tonight an all new Sunday March 22, season 10 episode 2 called “Somewhere Over the Cuckoo’s Nest” and we have your weekly recap below. On tonight’s episode, the girls have a hard time dealing with Kris getting back into the dating scene after 25 years with Bruce.

On the last episode, in the Season 10 premiere, the Kardashian clan struggled to adapt to life after Bruce and Kris’s divorce, which was made even more difficult by the rumor that Bruce was on the rebound with one of Kris’s best friends. Meanwhile, Kim was determined to get pregnant and give North a sibling. Did you watch last week’s episode? If you missed it, we have a full and detailed recap right here for you.

On tonight’s episode as per the E! synopsis “the girls have a hard time dealing with Kris getting back into the dating scene after 25 years with Bruce; Khloé ends up in hot water over a controversial Instagram post; and Kim gets a lesson in manners when she attempts to recruit Kourtney for her video game.”

The drama continues with “Keeping Up With the Kardashians”. And on tonight’s brand new episode, all anyone can talk about is Kris’s latest boy toy. Apparently, before she even began dating this latest guy, everyone had speculated on who she would eventually hook up with. Was he going to be black or was his going to be a younger version of Bruce Jenner? Simple things like that, but the one thing Scott and Kendall kind of saw coming was that this new guy for Kris was going to be younger.

You see Kris is clearly the residential cougar and admittedly they do love her for it/ in spite of it. However things later became uncomfortable for everyone when Scott “accidentally” stumbled across Kris’s sexting with a guy named Corey. It seems she met him when she was Ibiza with her daughter Kim and since then the two have enjoyed a flirty relationship.

Yet this relationship makes the girls, especially the older ones, feel a certain way. As in no one wants to ruin their mother’s happiness but no one also wants to hear about her toy boy either.

His name is Corey Gamble and the first thing Kim became aware about him was that he’s younger than she is. So Khloe, being the least afraid of any type of tricky situation, decided to talk to her mother about this guy. And while she’s happy that her mother certainly seems to be enjoying herself, she made Kris make a promise to her. She told Kris not to get married again and Kris swore she wouldn’t.

Marriage is actually something they’re both no longer that big on so promising not to rush into anything is a pretty good idea for them.

But really what they should have promised was to think things through, all things for that matter, before rushing into something. Because, when Scott had an event where Brody was going to be there – Khloe agreed to go with him believing she could help Scott stay away from the heavy party scene. Yet that night with her brothers ended up being too much for her.

First she received hate over social media after she posted a picture of Scott in his Arabian Prince costume. Apparently that was considered offensive when Khloe posted a picture of it and not when Scott did. And then later some random guy tried to tackle her to the ground at the party. Luckily security stopped him, but still that was a scary experience and Khloe felt glad that Scott wanted to leave early.

Though all the troubles didn’t just end with that.

Earlier, Kim had asked her sisters to come in on her video game with her. And as Khloe was quick to agree, third sister Kourtney was quick to put up a fight. Although, to tell the truth, no one really knows why Kourtney wanted to fight Kim on lending her image and voice. She just did and that created problems within sister dynamic.

When she was first approached, Kourtney said she would think about it but after Kim’s lawyers sent her a contract – she then went on the defensive. She said Kim shouldn’t have sent her contract when she told her she didn’t want to do it and she implied that going through with the game wasn’t going to do anything for her. And that she was already overextended as it is. So Kourtney said no and that led to a fight between her and Kim.

Kim attempted to speak to her sister about this decision, probably hoping she could change the other’s mind, and not surprisingly that led to their argument getting even more out of hand. Because after Kim basically said she bought her sister her career – Kourtney then turned the tables and had her lawyers send Kim a cease and desist letter. Kris, upon seeing what was happening between her daughters, then tried to intervene before the problem could get even bigger but it was kind of hard to fix it when she was being the sole adult about it.

Kourtney was upset, Kim was upset, and Kris suddenly found herself stuck in the middle.

That is until Kim finally realized that Kourtney, being the difficult one, needed a different approach. Like her mother had tried to tell her, Kourtney needed Kim to show some humbleness. Ask as a favor that Kourtney join the game. Don’t just assume she’ll do it.

So once she went that particular route – Kourtney agreed to lend her image.

And all that was left was straightening out momma Kris. It seems that the age difference wasn’t something the girls could merely overlook. They didn’t like it and their mom becoming serious about this guy wasn’t helping.

She was talking about taking him with her to an upcoming wedding and so her daughters kept telling her to take it slow with him. However Kris wasn’t going to let her girls ruin her good time. So she kindly told them to back off.