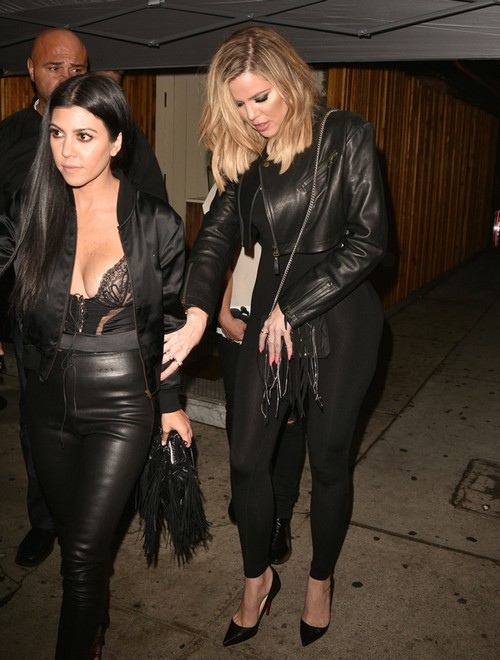 Khloe Kardashian is holding tight to her relationship with James Harden and now it’s looking like the “KUWTK” star’s staph infection might be the excuse she needs to stay out of the hospital and away from Lamar Odom. Khloe has been torn for weeks between her husband Lamar and her boyfriend James. Things came to a head earlier this month when Harden reportedly had enough of the back and forth and told Khloe to choose between him and Lamar.

As Celeb Dirty Laundry reported earlier this month, Khloe Kardashian has been in a bit of a bind as the “KUWTK” star was forced to decide if she would stay steadfast by Lamar Odom’s side or if she would continue building a relationship with James Harden. It looks like the choice has been made now though since Khloe got so sick with a staph infection.

Khloe’s family is reportedly freaking out over the nasty infection that has the youngest Kardashian so sick. Kris Jenner’s father Robert Houghton reportedly died from a bacterial staph infection back in the 70’s and now the whole family is scared for Khloe’s health. No one in the family wants Khloe going near Lamar Odom’s hospital bed again because they are petrified that she or someone else might actually die from the common hospital infection.

Lamar reportedly wants Khloe back and has been trying his hardest to make that happen. That could be why the Houston Rockets star finally put his foot down on Khloe literally living in Odom’s hospital room. Lamar is on the mend but the effects of his drug overdose are going to require years of therapy and he may not ever fully recover.

Khloe has made it clear that her decision to cancel the divorce filing didn’t mean she and Lamar would be getting back together. Instead the “Keeping Up With The Kardashians” star explained in an interview that she just felt it wasn’t right to rush and finalize her divorce while Odom was fighting for his life.

Now that Lamar is getting better and Kardashian has been able to resume her relationship with Harden as well as get on with her own life, Khloe will finalize their divorce and maybe even start making more solid plans for the future with James Harden.