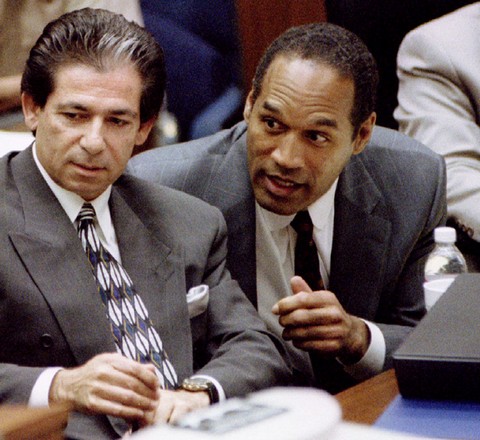 Is Khloe Kardashian the daughter of OJ Simpson? The media has been asking that question for years, rumor has it that Kris Jenner cheated on Robert Kardashian Sr. with his high-profile client before he was being tried for his wife Nicole Brown’s murder – and Khloe is the product of their affair. Although the Kardashian Family insists that Khloe has the same father as Kim, Kourtney, and Rob – a blind man could determine that she is nothing like her siblings, physically or personally.

Apparently, Khloe Kardashian is just as baffled about her DNA as we are – and her recent feud with Amber Rose on Twitter brought up the lingering question about her heritage when Amber publicly shamed her for being the daughter of a murderer. The March 16th edition of GLOBE Magazine reveals, “Desperate to know who’s her daddy, Khloe Kardashian is begging jailed super-jock OJ Simpson to take a DNA test after model Amber Rose questioned the reality star’s paternity – again – in a nasty cat fight! The note hit Khloe where it hurts – and now insiders say that she is pleading with OJ to take the test so that she knows the truth.”

Kris Jenner has always laughed off the rumors about OJ Simpson fathering Khloe, but Khloe isn’t buying it. GLOBE’s insiders went on to say, “Khloe’s not so sure. That’s why she needs OJ to do the right thing and prove whether or not he’s her daddy. He’s said to be considering the request!” Honestly, nothing about Kris Jenner shocks us anymore, the only thing that would shock us is if Khloe really is Rob Kardashian’s daughter. Sadly, being the daughter of OJ Simpson would most likely just boost Khloe’s notoriety, and would not hurt her reputation at all. Do you think that Khloe Kardashian could be OJ Simpson’s daughter? Or do you think the rumors are nothing more than rumors? Let us know in the comment section below!