Kourtney Kardashian Back Together With Scott Disick: Hooking Up In Secret, Afraid of Momager Kris Jenner? 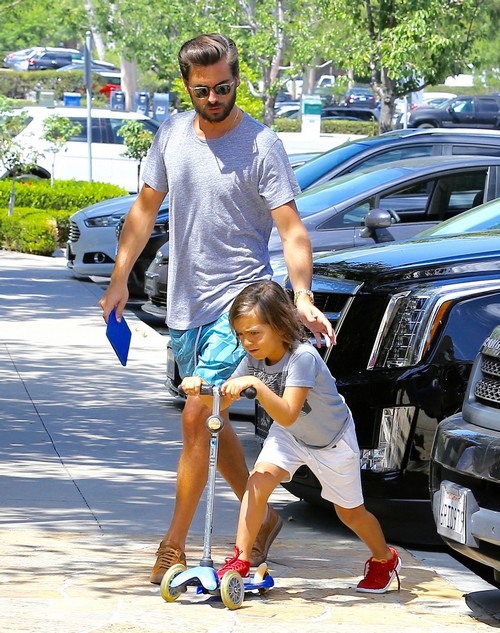 Kourtney Kardashian and her drunken baby-daddy Scott Disick are all but back together, but they have been keeping their hook-ups a secret so that Kourtney’s family doesn’t disown her! Kris Jenner and Kourtney’s sisters Khloe and Kim have been begging her to kick Scott to the curb for years – after he was photographed cheating on her with his ex-girlfriend Chloe Bartoli, Kourtney knew she had to dump him to save face. Kris, Kim, and Khloe cheered Kourtney on and bragged about how proud they were of her – but little do they know Kourtney started hooking up with Scott again in the beginning of August.

This week’s edition of Life & Style Magazine reveals that Kourtney has been secretly seeing Scott behind her family’s back. She knows that the Kardashians would flip a lid if they found out Kourtney took him back after he was caught cheating red-handed and refused to quit drinking and partying. Life & Style Magazine’s inside source dished, “Kim, Khloe, and Kris have spent forever begging her to move on. They would almost disown her if they found out! So, they have been hooking up behind everyone’s backs.”

The thing is, Scott Disick hasn’t changed one bit since their messy break-up. When Scott is hiding out in Kourtney’s Calabasas Mansion and secretly playing house with her, he is on his best behavior. But, as soon as he leaves – Scott returns to his typical behavior and begins stumbling from club to club and flirting with everyone with a pulse. It’s no wonder Scott hasn’t returned to rehab or changed his ways, Kourtney has already basically taken him back. Why would Scott get sober, if Kourtney keeps hooking up with him and letting him see the kids when he is a drunken mess?

Are you shocked that Kourtney has been hooking up with Scott again, or did you know that it would only be a matter of time? Do you think Kris Jenner and her sisters will freak out when they find out the truth? Share your thoughts and theories in the comments below!

Scott Disick lunches at Toscanova in Calabasas, California before stopping by Menchies with his son Mason on September 2, 2015. FameFlynet