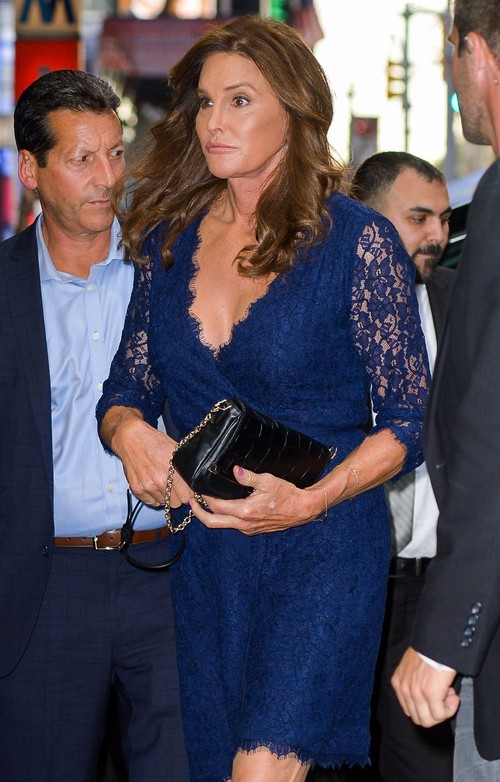 There is a serious feud developing between Kris Jenner and Caitlyn Jenner, and it’s anyone’s guess which reality TV diva will come out on top. Kris Jenner is obviously not happy about the way her former husband portrayed her as a monster to the media, but more importantly it’s the way Caitlyn is outshining her now. Kris actually fears that Caitlyn’s new reality TV show, ‘I am Cait,’ could put her show Keeping Up With The Kardashians out of business. And, to top it all off – everyone thinks Caitlyn, formerly known as Bruce, looks better than her!

The July 13 edition of OK! Magazine reveals that Kris Jenner is done sitting in her room drinking her sorrows away and is ready to steal back her thunder from Caitlyn Jenner. The first item on her revenge list? Losing weight of course. An insider dished to OK! Magazine, “All the jokes about how Caitlyn is hotter than Kris hit her hard. Normally Kris is pretty thick-skinned but she has hit a new low. She has already lost 14 pounds by living off protein shakes – and she has vowed to lose another 20, which is insane!”

The bottom line is, it doesn’t matter how much weight Kris Jenner loses – as long as Caitlyn Jenner remained a transgender (which is basically forever) she is not going to be able to compete with her. Kris might as well accept defeat like her daughters have and cozy up to Caitlyn so that they can at least share the limelight with her instead of trying to steal it away. And seriously, why is Kris starving herself? Why doesn’t she just go get liposuction like Khloe Kardashian and call it a day?

Are you Team Caitlyn or Team Kris? Which diva do you think is hotter? Will Kris and Caitlyn ever bury the hatchet and share the spotlight, or are they always going to be in competition with each other? Let us know what you think in the comments below!

Caitlyn Jenner attends the Broadway show ‘An American In Paris’ at the Palace Theatre in New York City, New York on June 30, 2015 by Fame Flynet