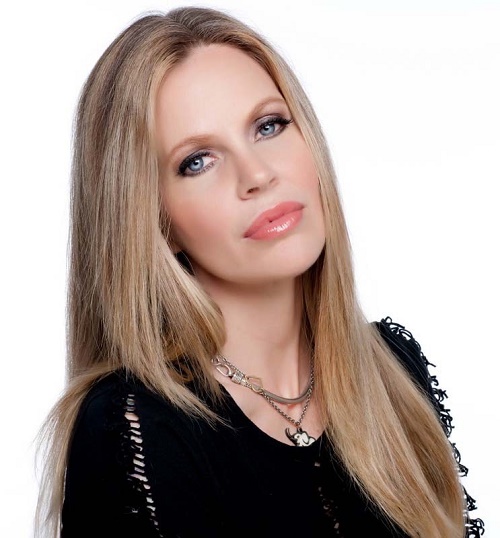 Behind the silver screen and the star-struck skies of Hollywood lies a magical place where sunsets mend broken hearts, where elephants walk like giants. On the vast plains of Africa, where the amber soil meets our shallow feet, is a mother without a child and a son without a father. The mother, alone in her freedom, searches for her child day and night. She’s thirsty, but she cannot stop for a drink of water. No, she has to find him. She has to know what happened to him.

After several days of searching, the mother collapses from thirst and hunger. She closes her eyes and drifts off into death. Her son was never missing – he was murdered by illegal ivory poachers. Her son, her beautiful son, the elephant with the powerful and majestic trunk, will never walk this earth again because someone in a faraway country needed a piece of expensive jewellery.

Kristin Bauer van Straten is on the frontline fighting to save these elephants from extinction. Celeb Dirty Laundry had the exclusive opportunity to interview Kristin before the national premiere of her documentary on KCETV, titled Earth Focus: Illicit Ivory.

How did you get involved with the fight against the illegal ivory trade?

There’s a group called IFAW (International Fund for Animal Welfare) and they have an office in South Africa. Jason is the South African and he and my husband hit it off and we went to a dinner in LA with someone from the Kenyan office named James who just so sweetly said, “I’ve come all this way to actually help, because my elephants are dying.”

I was so shocked and had no idea and started to look into it, feeling like I think we all feel when we first hear it, we’re so saddened and outraged and also we feel helpless I wanted to feel less helpless and I started looking into it, wondering what I could possibly do and I started with writing a letter and signing some petitions and then it grew as my knowledge grew and then I started talking to my mother-in-law. She sent pictures of Kenya. And then I started looking at which country in Africa is doing the best at conservation. And that’s Kenya. And I thought, well, we could stop by there on our way to see my husband’s family. Within a few months it became a documentary. We were there for a few weeks. In the bush with the Samburu people, hanging out with elephants.

As a South African, I am subjected to the violence and pain caused by illegal poaching. What are the most important steps we should take to bring an end to this?

I think there’s many different ways to attack this. I think that the bottom line is, we have to keep the conversation going. We can get to a tipping point where there’s enough pressure on our government to stop it and there’s enough information that gets to the market. The people who are buying the ivory are keeping the trade alive. And those people need to know that every piece of ivory is a dead elephant. And some people won’t care, but I believe – and I’ve seen – most people do care. Even the market in Asia changes when they find out that it is a dead elephant. And the governments of Africa, as well as the United States government, need to be pressured into allowing no sales of ivory. Zero. So if we want to keep them on the planet we have to just say no.

What can the everyday person do to make a difference?

Watch the documentary, talk about it, post on your Facebook that you want this to stop. Write a letter to President Barack Obama and/or [your respective] representatives. Sign petitions. That’s huge. If they also support the people on the ground in Kenya who are risking their lives. Give them $50, even $5. You wouldn’t believe how far money goes in Kenya. The smallest amount of support is also much more enormous than we can even understand in this country. Help Kenya support their wildlife. Don’t change to another destination. If you were going to go [to a foreign destination], go. I can’t recommend it enough. I think the news has done a real disservice to Africa in focusing so heavily and in such a general, fearful way about it. 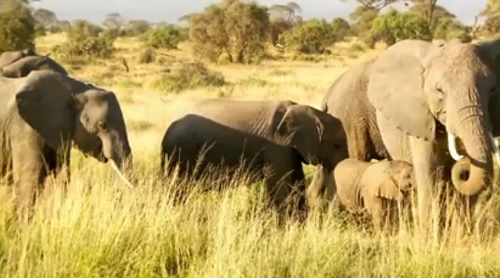 In my documentary, I have a two-fold goal. One – send a basic message that elephants are dying. These majestic, beautiful sentient creatures [are poached] for 2% of their bodies, [for] a trinket. This needs to stop. This is a stain on our generation’s soul if we allow this to occur. My viewpoint on Africa changed. You know, in the United States you can’t turn on the television without seeing “Save Africa.” For some reason, America is determined to get involved in “Save Africa” somehow. And when I told this to the Samburu [people] in Kenya, they laughed. They thought that was the funniest thing they’d ever heard. [I was] embarrassed by my arrogance as a Westerner and I’d like to get people to maybe look at Africans, indigenous Africans, the way we look at […] as the way we imagined how Native American Indians used to be. They had a different way of life but ours is certainly not better. And we could learn from them, they could learn from us. An exchange of information. We [should] allow people to be different and to have different ways of life. The nomadic lifestyle that we are determined to root out as European DNA people is so silly. And it’s actually destroying wildlife.

Africa is a really, really special place. It is a dream destination. You know, you’ll be ruined, absolutely ruined. You’ll be homesick for Kenya for the rest of your life. I went there to save elephants and I had a spiritual experience. I found myself. I’m trying to, in the editing bay, somehow in a two-dimensional form, get that feeling across. Kenya, Africa, the elephants, the wildlife are all so, so special. And I’m trying to get people to join me in trying to save it and keep it as it is as best we can.

TUNE-IN DETAILS: At a Glance