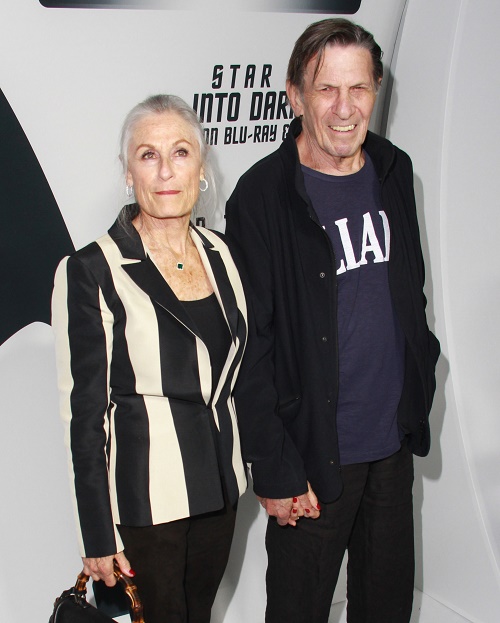 Leonard Nimoy, who played the role of Mr. Spock in the beloved Star Trek franchise, died at the age of 83 in his L.A. home. His wife, Susan Bay Nimoy, confirmed his passing and revealed that his death was due to complications of end-stage COPD. Last year, Nimoy announced that he was suffering from this disease and attributed it to countless years of smoking, though he’d give up the habit a few decades ago.

It’s no secret that Leonard Nimoy helped infuse the character of Spock with the life and energy that grew to resonate so enthusiastically with Trekkies. Mr. Spock is, hands down, one of the most cherished characters in Pop Culture, and this deeply logical Vulcan’s most cherished salute – “LIVE LONG AND PROSPER” – will definitely withstand the trials of time. Star Trek creator Gene Roddenberry described him as being the “conscience of Star Trek.” Fans of the show, which quickly garnered a cult following (still going strong) upon its premiere, are sure to feel this way.

While Nimoy left an impression on the world of Sci-Fi, he led a diverse and varied career, which celebrated arts and culture in countless ways. There’s no doubt that Leonard Nimoy, as well as his Spock persona, which he couldn’t run from no matter how hard he tried, had a powerful effect over his fans – whether or not they ever got to meet him or see him in real life.

Leonard Nimoy’s final tweet, published on February 22nd, offers a touching sentiment: “A life is like a garden. Perfect moments can be had, but not preserved, except in memory. LLAP”

Are you a fan of Spock? Is there a special spot in your heart for the Star Trek franchise, as well as the unique social, cultural, and philosophical commentaries it’s often celebrated for? Wherever you are today, take a moment to remember the words of Spock, which defined an entire community and will continue to do so throughout generations to come.