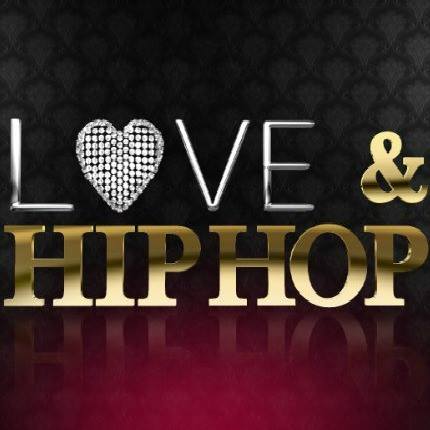 Tonight on VH1 their series Love & Hip Hop continues with an all new Monday December 14, season 6 premiere called “The Crown” and we have your weekly recap below. On tonight’s episode, in the Season 6 premiere, Remy Ma returns to the stage after more than six years behind bars.

Love & Hip Hop is an American reality television series on VH1. The series debuted on March 14, 2011, and chronicles the lives of several women in New York who are involved with hip hop music. The show has produced six successful spin-offs called Love & Hip Hop: Atlanta, Chrissy & Mr. Jones, The Gossip Game, This Is Hot 97, Love & Hip Hop: Hollywood, and K. Michelle: My Life. VH1 has renewed the show for a 6th season.

On tonight’s episode as per the VH1 synopsis, “in the Season 6 premiere, Remy Ma returns to the stage after more than six years behind bars; Peter finds himself in a sticky situation with Amina and Tara; Yandy and Mendeecees face an uncertain future; and young female artists battle for the top spot at DJ Self’s Cypher.”

Love & Hip Hop is back for all new season and it’s full of new, or in certain cases, somewhat familiar faces.

First up on tonight’s episode was Remy Ma. The born and bred NY rapper had been in prison for the last six and half years, although now that she’s out, the show is following her on reentry into the music industry. Which as we know is no easy feat.

You see not that long ago Remy Ma was considered to be on top. As in she was basically a rising star whose career came to an abrupt end with her sudden arrest. Her world was rocked when a person she now describes as a so-called friend turned against her. On a little thing like assault.

But the problem with Remy Ma’s situation is that people often have short memories. And she’s been away from the scene for quite some time.

And when the show wasn’t highlighting Remy’s struggle to reassert herself as Queen of NY, there was Yandy and Mendeecees. Our favorite couple were recently married in a much televised special. Yet things haven’t been all that easy since they’ve said their wedding vows.

Mendeecees’s plea deal has been hanging over their hands for months. As many of us can recall, last season Mendeecees had been warned about his chances if decided to go to trial. So the young man who happens to have a family decided to take the plea deal.

And that all but guaranteed he’d be going to prison. Therefore Mendeecees doesn’t want to talk about buying a house with his wife. Not when he knows he’ll be gone soon and that she’ll be left alone to pay the bills.

Though Yandy doesn’t like talking about her husband going away and on top of that she has gone back to work. Yandy is managing a new artist that might seems familiar.

People might remember Bianca as the teenage girl that once sang “Chicken Noodle Soup” but then again that was ten years ago. And since then it’s worth noting that she’s been pretty quiet. However Bianca wanted to change that by making a reappearance. So she talked Yandy into sitting down with her and convinced the woman that she wasn’t some one hit wonder.

And Yandy was pretty much ready to book her right there.

But then Bianca did something which turned Yandy off. She had got into a very public fight at the Gwinnin event and that left Yandy a little unsure of her. See the event had been all about showcasing up and coming talent. And Yandy felt an opportunity like that shouldn’t have been thrown away. Especially over something so petty.

Yet no one could have stopped Miss Moe Money and her partner Sexxy Lexxy. Moe had gotten a fight previously with Bianca and she had been warned by her own manager to keep her distance. And then following the showcase, she went over to sit at Bianca’s table where naturally began talking smack.

And Lexxy simply chose to stand with her. Therefore they created a scene in which Bianca got dragged into. And the three of them had to been pulled away from each other after it had gotten so bad that Moe had even spat at Bianca. Though thankfully she missed.

So although it wasn’t something that could be put entirely on her artist – that entire thing made Yandy second guess Bianca. She didn’t want to sign someone that was only going to make her look bad. And following that incident, the hits just kept coming when Yandy had to listen as Mendeecees told her that he might serve five to twenty years. Which in their case could determine whether or not their kids grow up with a father.

But unfortunately that’s what they signed up for. And, moving on, in case anyone needed a dose of stupidity for the day then here you go. Peter and Tara slept together while he was again trying to make it work with Amina.

Apparently Peter had convinced Tara into moving into the same apartment building as him and Amina. So in his mind he could thought he could have the best of both worlds. Where he could go home to Amina but still sleep with Tara.

Now is that anything new? No but for some reason no one has learned when Peter is lying to them. And so they continue to make themselves look bad.

Tara had actually believed Peter when he said he was only sleeping on the couch at his and Amina’s apartment. So she honestly doesn’t think he’s in a relationship so to speak with Amina. However Amina has been questioning Peter about his whereabouts for months.

And in the beginning, he said the reason he kept coming home late was because of the travel between their place and Tara’s. Which is where he sees his son. But then Amina agreed to let Tara move into the building and she still doesn’t see Peter for hours on end.

So both women are being made fools of!