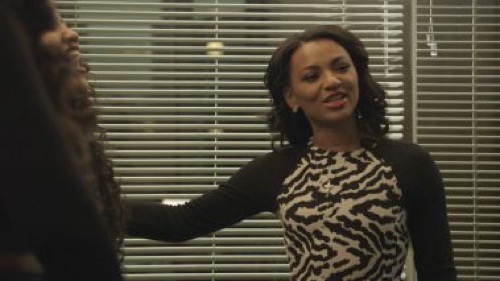 Tonight on VH1 their series Love & Hip Hop continues with an all new Monday March 16, season 5 episode 13 called “All Heart” and we have your weekly recap below. On tonight’s episode, Jhonni pours her heart out to Rich Dollar; Cisco Rosado confesses his feelings to Cyn Santana.

On the last episode, Diamond fell for Rich. Meanwhile, Yandy dealt with an assistant, and Tara emboldened Amina to stand up to Peter.

On tonight’s episode as per the VH1 synopsis, “Rich breaks a heart. Elsewhere, Cisco makes a big confession to Cyn, Chrissy journeys to Washington, D.C., and Yandy receives disturbing news about her father.”

Tonight’s episode of Love & Hip Hop kicks off with Chink heading off to Washington DC, he visits his mom’s grave at the cemetery because he is overwhelmed by all of the drama with Chrissy. Afterwards Chink heads to his dad Stan’s house – his dad has a lot of health problems and his days are numbered. Stan gives Chink a pep talk and tells him to do whatever makes him happy and “let go of all of the bullshit.” Chink admits that what makes him happy is Chrissy, and says he wants to introduce her to his dad. Stan agrees to meet Chrissy – but he isn’t thrilled about it, as far as he is concerned Chink’s first wife will always be his family, and they are still technically married.

It’s finally the big night of Cyn’s event at the Bronx Museum, it’s in honor of her brother and creating awareness for suicide. Cyn thanks Chrissy and Rich for everything that they did for her, the party wouldn’t have been a success without them. Paris arrives to show her support and asks Rich if is true that he made a sex tape with Johnny. Rich rants that he is not in any sex tape – and Johnny needs to get her act together and focus on her music or else he is going to drop her. Cisco arrives with flowers for Cyn, he confesses to her that he has real feelings for her and he wants to be with her. Cyn is shocked, she was not expecting him to pour his heart out to her.

Cyn has to pull herself together, and calm her nerves and she takes the stage to perform her new song. She climbs up on stage and sings the song that she prepared for her brother’s event. The performance goes off without a hitch and Cyn dedicates it to her brother Joel.

The next day Yandy and Mendeeces head to their family photo shoot – while the photographer is snapping photos of her baby bump, Yandy’s phone starts ringing. She takes the call and is shocked to hear that her dad is in the hospital – he is about to go in to emergency surgery because he has a blood clot in his leg. Yandy is shocked when she hears that they are about to amputate her dad’s leg. Mendeecees tries to comfort her and tells her that her dad will be okay and even volunteers to move him in with them so that they can take care of him.

Chrissy shows up in DC, Chink sent a car to pick her up at work and had her brought to her dad’s house. He meets outside and they begin arguing over the magazine spread, he says that he isn’t mad that she did it, Chink s mad that she tried to hide it from him. Chink explains that he had Chrissy brought down so that she can meet his dad – she is thrilled because she knows that it is a huge deal to him.

Jhonni Blaze heads to an interview with Jazzie Belle – she tries to explain her sex tape and confesses that she made it for private reasons and then someone leaked it on the internet. Jhonni admits that she is embarrassed by the scandal, and wishes that the tap had stayed private. Tara tags along to listen in on her interview, she is coaching Jhonni on how to deal with the media. After the interview Jhonni and Tara sit down to talk and she admits to Tara that she is in love with Rich and she wants to be in a relationship with him, and have him manage her.

In DC Chrissy and Chink sit down with his dad Stan – Chrissy gushes about how much Chink talks about his dad. Chrissy is desperate to get his dad’s blessings, she breaks down crying and tells Stan how much Chink means to her and how much he has done for her over the years. Stan says that Chrissy and Chink are going to have to “fight the world” to be together because Chink is still married.

Jhonni is working at the strip club and Rich pays her a visit – they sit down and Jhonni begins ranting about him and Diamond. Rich freaks out on her and tells her that she is crazy, they have had sex once in the past five months, Rich says that he doesn’t love her and he doesn’t want to be with her. Jhonni starts screaming at him that he is lying and he just told her he loved her. They wind up in a major blow up and Rich storms out of the strip club and tells her that they are done – and the only way Jhonni will ever go platinum is if she “sells a million of her whack ass sex tapes.”