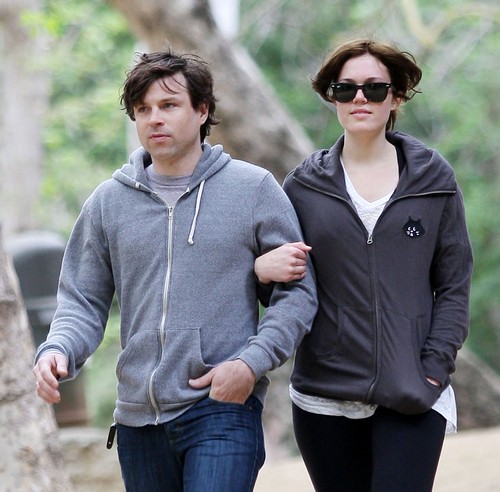 Oh look, another divorce in Hollyweird. It’s becoming an almost daily occurrence now, isn’t it? According to reports, Mandy Moore and Ryan Adams are getting a divorce after five years of marriage. Mandy apparently filed for divorce this week, citing irreconcilable differences – as usual. However, the interesting thing is that Mandy is also requesting spousal support from Ryan, which is definitely more unusual. Then again, Mandy Moore has barely worked on a consistent basis over the last five years, and her career is more or less stagnated in the same place that it’s been for the last decade.

Ryan Adams, on the other hand, is a successful musician and obviously brings in a lot of cash. Either way, they’ve been married for five years so I’m guessing some amount of spousal support will be required, even if the exact percentage is determined by their prenup.

Now, some people are surprised by Mandy and Ryan getting a divorce, but the signs have been there for some time. In September 2014, Ryan reportedly ended an interview over questions about the state of his marriage, when it was first rumored that he and Mandy were fighting. Plus, he uploaded comments on Instagram about expecting ‘panic attacks’ over the weekend, right before Mandy filed for divorce.

From all the evidence we’ve been given, it seems like it was Mandy Moore’s sole decision to get a divorce. Despite the fact that she and Ryan have collaborated on their music many times, it’s clear that the mismatch in success has led to some distance between them. Ryan’s extraordinary success and Mandy’s career stagnation might have just been one of the road blocks in their marriage, but it was clearly a big one.