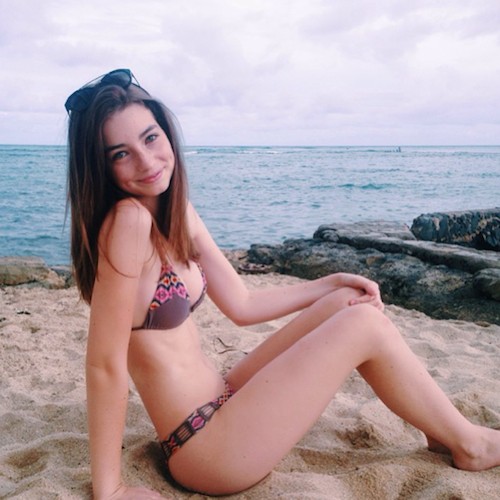 Paul Walker’s death was a tragedy that left us all stunned, but the ‘Fast and Furious’ star’s daughter, Meadow Walker, is suing Porsche and revealed the grisly details of her dad’s horrible end in the wrongful death lawsuit. The now 16-year-old filed the suit with the help of a team of lawyers and shockingly divulge that Paul Walker was burned alive.

Paul Walker’s wrongful death lawsuit explains that Roger Rodas was speeding, but only going 63-71 MPH when the crash happened and not 80 to 93 MPH as law enforcement claim. The car Paul and Roger were driving, a Carrera GT, careened out of control due to improper stabilization system. The force of the crash “snapped Walker’s torso back with thousands of pounds of force, thereby breaking his ribs and pelvis,” according to the suit. That means, Paul was trapped, in the car. A fire then broke out 1 minute and 20 seconds after the crash, but Walker was unable to escape thanks to his injuries.

Heartbreakingly sad and horrific to imagine, Paul was trapped in the car and still alive as the car was engulfed in flames. “Paul Walker breathed soot into his trachea while the Porsche Carrera GT burned,” Meadow Walker’s attorneys state. Walker’s death was terrifying, but even more troubling is the fact that it could have been prevented according to the lawsuit.

The car would not have careened out of control if the defect would have been corrected by a Porsche Stability Management System (PSM), the suit claims. The PSM prevents swerving and is a standard in most of their models. Meadow’s legal team also alleged Porsche knew about the history of the Carrera GT’s instability and control issues.

Beyond the lack of a proper stabilization system, say there were “deficient side door reinforcements and fuel lines that did not adequately protect the car from erupting in flames.” Meaning, beyond the fact the crash shouldn’t have happened due to control issues, the fire shouldn’t have happened. “The bottom line is that the Porsche Carrera GT is a dangerous car. It doesn’t belong on the street. And we shouldn’t be without Paul Walker or his friend, Roger Rodas,” Meadow Walker’s lawyer insisted to TMZ.

The amount of Paul Walker’s wrongful death lawsuit filed by his daughter, Meadow, was not revealed, but some disagree with the lawsuit. Most point the finger at the driver; feeling Roger Rodas’ insurance should be responsible for any payouts. What do you think? Is Porsche partially or entirely to blame for the death of Paul Walker? Let us know your thoughts in the comment section below.