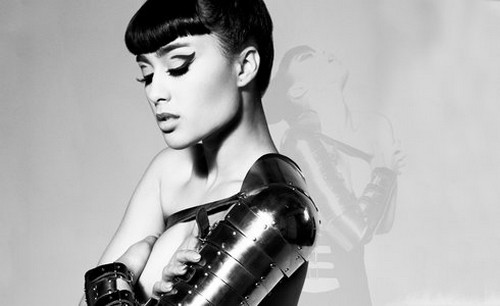 Fired singer and songwriter Natalia Kills has been going on a Twitter rant recently, retweeting various hate comments and death threats  that have been sent to the former New Zealand X Factor host. All of this after Natalia Kills verbally attacked contestant, Joe Irvine, on the New Zealand version of The X Factor. I’m sure you recall Natalia’s comments about Joe being a doppleganger of her husband Willy Moon, but to refresh your memory, let’s break it down.

Joe Irvine took the stage wearing a suit, yes just a suit. After his performance, which was praised by the other judges, Natalia went on a rampage stating that Joe had copied her husband, fellow judge, Willy Moon. Her reasoning… they were both wearing suits.

As crazy as this sounds, it was no joke. Natalia and her husband verbally humiliated Joe on stage, infront of everyone, on live television. Willy went on to say that it reminded him of “Norman Bates dressing in his mother’s skin,” and that he thought Joe would “kill” the entire audience.

Fast forward a few weeks later, Natalia and Willy are now unemployed, as they were immediately fired after this incident. Natalia and Joe flew to LA, where the scrutiny and hate continued. Late Wednesday Night, Natalia Kills began retweeting various hate tweets that were directed to her and her husband, and began responding to them.

Natalia Kills tweeted and said, “I’m not a victim, I refuse to be one. I’m not afraid to hold a mirror up to death & rape threats, homophobia and racism.”

What Natalia and Willy did was unacceptable, however there is way more that goes into a reality show than the viewers get to see. Natalia has apologized twice via social media to Joe, and it is really unfair to be sending an excessive amount of hate, and death threats. If you think about it, that doesn’t make you any better than her.