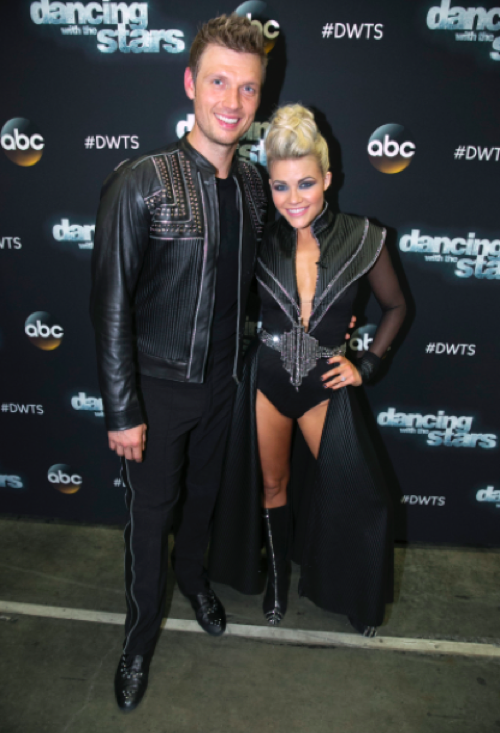 Tonight on ABC Dancing With The Stars returns for a seventh week and Nick Carter and his professional dancing partner Sharna Burgess danced an Argentine Tango routine to “Bring Me to Life” from Evanescence. On tonight’s episode the eight remaining couples will perform an individual Halloween-themed routine in addition to a competitive team dance.

Judges’ comments on Nick’s Week 7 Argentine Tango:  Julianne: “The thing that I love so much about you Nick is your attitude and your commitment in everything you do. The next step is you need to make your steps sharper.” Bruno: “I was bewitched by the creature of your own creation. It did lose the flavor though of the Argentine Tango, it is supposed to have a stalking quality. Your intent lost the flavor of the dance.” Carrie Ann: “I think you were a it nervous on the dry ice, when you came down front and center it was Frankensexy, you did not break character once. Keep it up.”