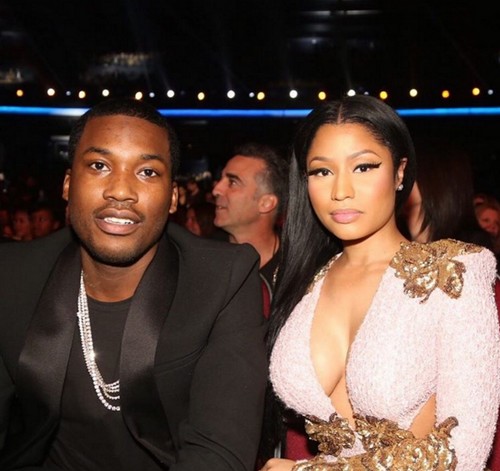 Are Nicki Minaj and Meek Mill getting married? Nicki Minaj flashed what appeared to be an engagement ring on social media and all hell broke loose – fans were convinced that Meek Mill had proposed and the rapping couple were planning a wedding. Then, on Thursday December 10 Nicki popped up at Meek Mill’s court date (for a probation violation) to support him – further fueling rumors that the couple was engaged.

According to TMZ, Nicki Minaj has every intention of marrying Meek Mill … but not yet. TMZ’s sources insists that the huge rock she is sporting on her ring finger was just a birthday gift from Meek. However, the couple does plan on getting engaged at some point.

The sources went on to say that Nicki is planning on taking a walk down the aisle “very soon” and she is “deeply in love” with Meek Mill. Meek reportedly feels the same way and is impressed with how well Nicki is with his son and wants to start a family with her. 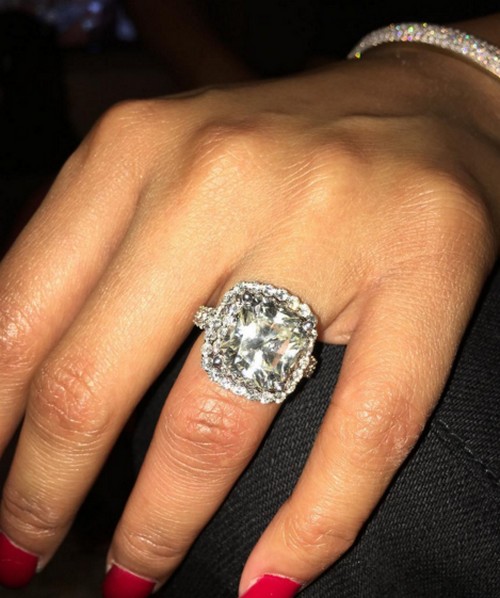 This isn’t the first time that Nicki Minaj and Meek Mill have had everyone convinced that they were engaged or getting married. Earlier this year Meek actually gave Nicki another ring as a “gift” that everyone assumed was an engagement ring.

We have no doubt that Nicki is dedicated to Meek though – she stood by him after he was roasted by Drake and the entire internet and became a laughing stock on social media, it must be love if she is still willing to show her face with him.

But, you have to admit the timing is a bit odd. Less than a week ago Nicki’s brother Jelani was arrested for having sex with a child – this new engagement hoax could just be to take some of the attention off from the pedophilia scandal.

What do you guys think? Will Nicki Minaj and Meek Mill really get married? Or is this all just a publicity stunt to try and make the internet forget about Nicki’s brother Jelani Maraj? Let us know what you think in the comments below!