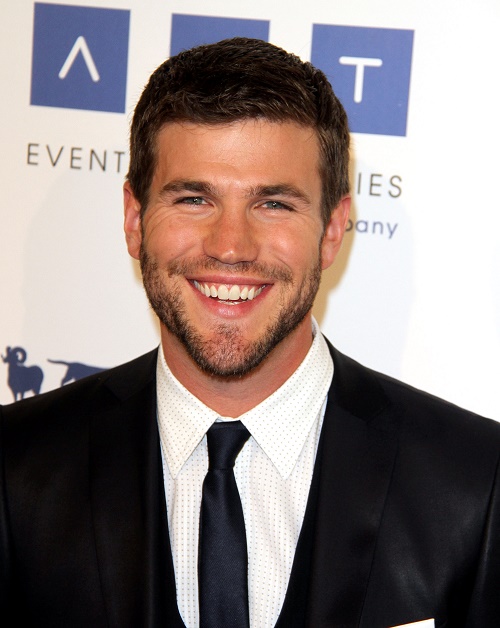 Nina Dobrev hasn’t landed a job since she quit The Vampire Diaries, but it looks like she landed a new boyfriend! Nina Dobrev was spotted out with Whiplash star Austin Stowell, who has been rumored to be her new beau for a few weeks now. Nina Dobrev and Austin Stowell dating rumors popped up when fans reportedly saw them kissing the Indianapolis 500 in May. Although Austin and Nina didn’t confirm nor deny the reports, it looks like they are taking their relationship public.

The former Vampire Diaries star and Austin Stowell went out on a romantic date night on June 10. The couple attended the Hallmark Shoebox relaunch at The Improv in Hollywood, hosted by Nina’s pal Rob Riggle. Sources say that Nina and Austin looked very much like a couple, and there was no doubt in anyone’s minds that they were on a date – and were definitely not there “just as friends.” One of People Magazine’s insiders dished, “She was very happy to have a night out with her guy. And she was very excited to see her friend Rob Riggle host the event.”

Nina Dobrev has been linked to numerous Hollywood hunks since her break-up with co-star Ian Somerhalder, who is now married to Nikki Reed – but none of them seemed to stick until now. Ironically, Nina finally decided to settle down with Austin Stowell just a few weeks after Niki and Ian got married. Maybe she was holding out in hopes that their engagement would fall through, or perhaps she is just on a mission to prove to herself and the world that she doesn’t care that her ex-boyfriend and ex-BFF got married. Regardless, Austin Stowell was in the right place at the right time.

Do you think that Nina Dobrev and Austin Stowell make a cute couple? Will this relationship stick, or will she be dating someone new before we can count to ten? Let us know what you think in the comments below!