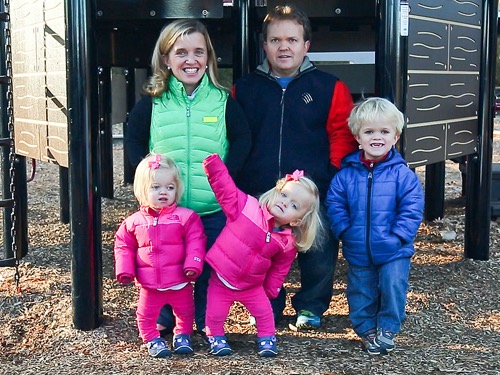 Tonight on TLC Our Little Family starring the Hamill Family premieres with an all new Tuesday February 17, season 1 episode 1 and episode 2 called, “Meet the Hamills; A Hamill Halloween,” and we have your recap below. On tonight’s episode, it begins with Jack starting kindergarten, but Michelle worries how he’ll fit in with the other children.

Our Little Family is a series following Dan and Michelle Hamill, and their three kids, all of whom are little people.

On tonight’s episode as per the TLC synopsis, “Jack starting kindergarten, but Michelle worries how he’ll fit in with the other children; Halloween for the Hamills means the start of a new family tradition of costumes for everyone, even Dan and Michelle. Meanwhile, Michelle thinks Jack is old enough to take on some chores.”

Tonight’s episode is going to be filled with drama and you won’t want to miss it, so be sure to tune in for our live coverage of the show tonight at 9 PM EST! While you wait for our recap hit the comments and let us know how excited you are about this new show.

Dan and Michelle want to treat their children as normally as possible. Their son Jack is starting kindergarten, and they are having him ride the bus with all of the other kids so he doesn’t feel like he’s different.

Michelle says in confessional that she feels fortunate she can stay at home with her kids.
She takes her daughters to the coffee shop, where she meets with her friend whom she has been friends with for 34 years.

Her friend asks if her son carries a stool with him at school, which Michelle had done when they went to school together, but Michelle says she wants him to be as normal as possible. Jenny suggests that Michelle talk to his teacher to ask about accommodating Jack.

Jack runs off to play with his friends, and Michelle hears him screaming at the top of his lungs. She runs to help him, and he is crying about his friend running him over. He says he was running when his friend hit him with his bike.

Michelle says in confessional that as a parent of course she’s going to worry. She doesn’t want anyone to hurt her kid’s feelings because he is little.

When Dan comes home, Michelle tells him what has happened.

Dan says in confessional that it is concerning seeing the size difference between Jack and his friends grow larger every year.

He suggests to Michelle that they call his teacher to talk about accommodations that can be made in school.

Dan and Michelle meet with Jack’s teacher, who says that Jack is doing a good job keeping up with everyone. She shows them the bathroom, which has a stepstool and a light pulley so Jack can use the restroom alone.

Michelle tells the kids that they all need to start cleaning up. Now that Jack is getting older, she wants to teach him how to do chores, so she gives him a list. She tells him if he does his chores, every week he will get an allowance of two bucks.

Dan and Michelle go to pick up Halloween costumes for the girls, which is difficult because they either need to be the right size or able to be altered.

Michelle’s mother lives about two minutes away from them. Michelle explains in confessional that her mother never treated her differently from her siblings, who are not little, and that has influenced the way she decides to raise her children.

The parents take the kids to get pumpkins, which they carve together. This is the first year Jack gets to carve his own pumpkin. The kids get bored after a few minutes, leaving Michelle and Dan to complete them.

Michelle and other moms are setting up activities for all the neighborhood kids to do for Halloween, including pumpkin painting and cupcakes. Jack uses a stool to reach a table, and the stool falls out from under him.

When Michelle gets in the house, she sees that Jack has made a mess. When she asks why he hasn’t cleaned it up yet, he says he has better things to do, but he does it when she says he has to.

Michelle and the kids get dressed and go trick-or-treating. When Dan arrives in his taco costume, everyone busts out laughing. Trick-or-treating goes well and Michelle thinks they’ve made memories they will keep forever.