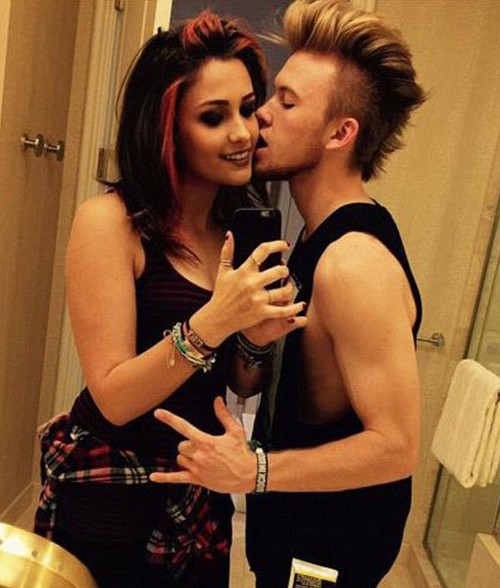 Paris Jackson may have married her boyfriend Chester Castellaw. Michael Jackson’s only daughter has changed her name on her Instagram account. This has fans wondering what is going on with the 17-year-old who has a history of fragile mental health.

A photo popped up on Paris’s account of the couple kissing which is nothing unusual – Paris often posts selfies with Chester. What took everyone by surprise was not the photo but the name on the account – Paris Jackson Castellaw. Page Six reached out to an attorney for Michael Jackson’s estate but the inquiries were not returned. The website also reports that neither Paris’s grandmother Katherine nor her cousin T.J. Jackson – Paris Jackson’s guardians – returned inquires either. 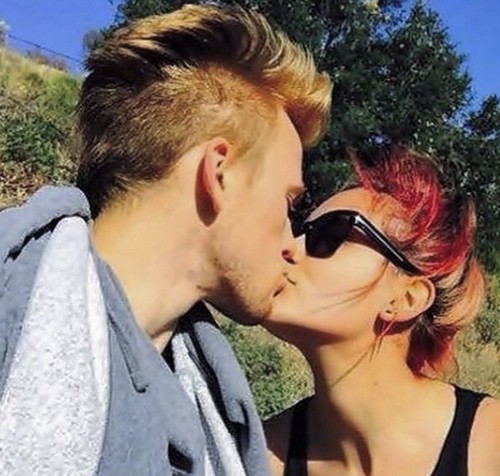 The King of Pop’s daughter has made no secret that she planned to marry Chester on or right after her 18th birthday – which isn’t until April 3 2016. Did Jackson really marry Castellaw or did she just jump the gun and change her name on Instagram? Should Paris’s latest action be a cause of concern for her family and friends?

A psychologist was given a video clip of Paris singing to her boyfriend and said that the behavior he witnessed was “definitely not healthy.” In the video Jackson has Chester’s face in her hands and is singing, “‘This is my baby, if you flirt with him, touch him, talk to him, think about him, or even look at him, I will slit your throat.’” There is no proof that the psychologist who reviewed the video has had anything to do with Paris’s treatment for mental health issues.

And this new development in the saga of the late Michael Jackson’s kids comes after a cyberbully attacked Paris and her older brother Prince Michael Jackson on Twitter. The Twitter troll taunted both Jackson kids saying that they are not Michael’s biological children but the children of Dr. Arnold W. Klein and Debbie Rowe. The young woman hasn’t been in touch with her mother since she swallowed a handful of pills in a suicide attempt over a year ago.

What is going on here? Is Paris Jackson simply a teenage girl in love who wanted to see what her name would look like when she gets married? Is she legally Paris Jackson Castellaw? Has the Jackson family already staged an intervention and contacted a lawyer about an annulment?

Update: So now Paris Jackson denies that she is married to her BF and that her name is changed – Paris claims the Instagram account that led the media to report her marriage and name change is in fact not authentic.