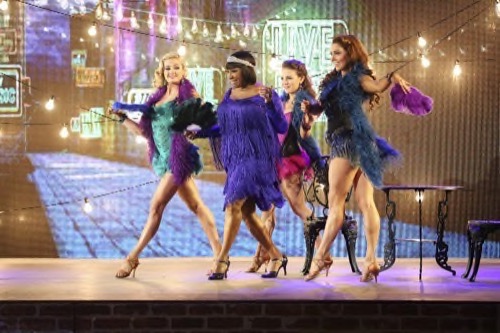 Tonight on ABC Dancing With The Stars returns for a fifth week with when each celebrity competes during the highly anticipated, “Disney Night.” Patti LaBelle and her professional dancer Artem Chigvintsev danced a Waltz routine to “When You Wish Upon A Star” from Pinocchio.  On tonight’s episode the nine remaining couples will then perform to songs from Walt Disney Animation Studios films including “Aladdin,” “Mary Poppins,” “The Little Mermaid” and “Frozen.”

On last week’s premiere episode of DWTS Patti performed a Jazz routine and the judges scored Jazz a 30/40 for her performance. Julianne loved her performance and had this to say, “You were shaking everything, you make me want to dance with you.”

Judges’ comments: Bruno: “It had warmth and just the right touch of Disney magic.” Carrie Ann: “There was point when you lost your frame, but other than that, it was beautiful.” Len: “I wouldn’t be able to dance any way that standard if I had a bad knee, you are great and I love watching you.” Julianne: “This is all about attitude, you come out here and it is so magical when you dance, thank you for letting us experience the magic with you.”

Watch the video below and let us know what you think, do you agree with the judges comments? Do you think Patti did enough to avoid elimination next week? Sound out in the comments and let us know your thoughts?