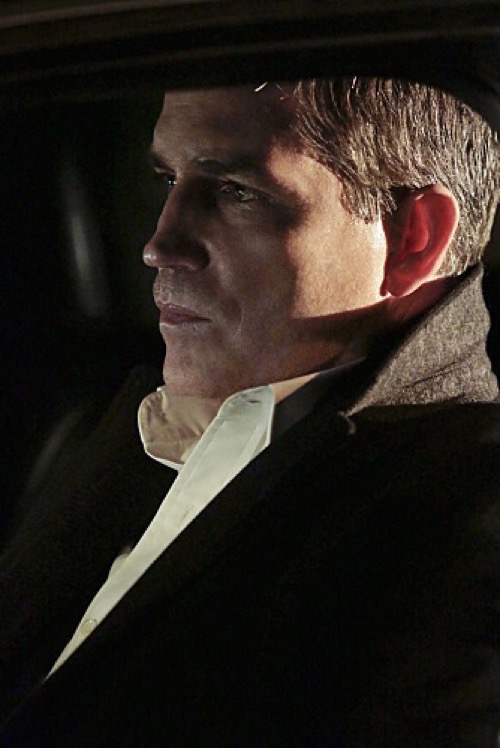 Tonight on CBS Person of Interest continues with an all new Tuesday April 14, season 4 episode 20 called, “Terra Incognita” and we have your recap below. On tonight’s episode, Reese [Jim Caviezel] takes on a homicide case that Det. Carter [Taraji P. Henson] was never able to close.

On the last episode, Reese and Finch scrambled to protect a software CEO (Aasif Mandvi)when his behavior became increasingly erratic following a hacker attack that revealed all his secrets and unraveled his life. Did you watch the last episode? If you missed it, we have a full and detailed recap right here for you.

On tonight’s episode as per the CBS synopsis, “Reese finds himself on a perilous personal journey when he takes on a homicide case Detective Carter was never able to close.”

This is definitely one series that you don’t want to miss. Don’t forget to stay tuned to Celeb Dirty Laundry where we will be blogging every episode of Person of Interest’s fourth season.

Reese can’t help but remember the good if at times trying moments with Carter on tonight’s brand new episode and his newest POI number isn’t helping. Apparently, not long before she died, Carter was dealing with at-home invasion case. One husband, wife and two daughters were found in their Park Avenue apartment gagged and with their throats slit. Allegedly, only son and recovering drug addict at that was at the family’s weakened cabin in the Catskills. So it couldn’t have been him that hurt his family. However, besides Carter, no one later believed Chase’s story.

His family was rich and their apartment was too well secured. There was a doorman and the apartment itself also had security systems installed. So the even the idea of stranger coming in to kill these people seemed far-fetched.

But Carter had looked into Chase’s eyes and she swore he couldn’t have done something so close or personal as slit his own mother’s throat. Not with the mother he had anyways. See, Chase had told Carter about his mother. Before he had relapsed at the cabin, there was another incident where his mother had found him unconscious. She ended up holding his hand throughout the entire drive to the hospital and back home again. Then, to reiterate her point, she got into an argument with her son. She told him that she loved him but that he had to get help.

And at the time, Chase didn’t feel like he needed it. So he tried to tell her to back off and she told him that was something she could never do. She was his mother and he was always going to be her child.

Hence, when Carter heard this story, she knew Chase wasn’t capable of hurting his mother. Not after the way his mom had fought for him. Something like tends to stay with a person.

And now fast-forward to the present, Reese is trying to close the case for his friend and save Chase from whoever is after him. But unfortunately for Reese, he left himself open and someone took a shot at him. So it was as he was bleeding out that the whole story about what really happened all those years ago was finally revealed.

Chase it seems has a brother. A half-brother because his dear old dad had fathered a child before his marriage. However this brother has always been shunned. His father never claimed him when he was born and the same thing happened again when the other man lost his own mother at a young age.

So, it was because of that, that Chase’s entire family was murdered!

Someone had gotten jealous and thus didn’t believe that the man who had turned him away even deserved a family. So he killed his father, his stepmother, and his sisters. But Chase wasn’t around at the time for him to kill. In fact if Chase hadn’t skipped the country, in order to escape persecution for his family’s murder, he would have been killed too.

Now, though, he was close to dying. Chase’s brother had shot Reese and had fed him a slow poison. One he knew would kill Chase in the most painful way possible. And as for Reese, he was unable to help.

He was wounded and was actually having conversations with an imaginary Carter. So what about backup you may ask? Reese had shunned all of that. He knew Finch and Fusco were going to be working on the gang war between Elias and Dominic and so he didn’t think he should distract them or at the very most notify them about where he was going.

And with that decision, he nearly condemned both himself and Chase.

Thankfully, however, Finch can get a little worried when he hasn’t heard from Reese. So in all actuality it could have been Finch driving up to Reese’s and Chase’s rescue but that’s the cliffhanger the episode decided to end on.