Phaedra Parks Not Approved To Visit Apollo Nida In Prison 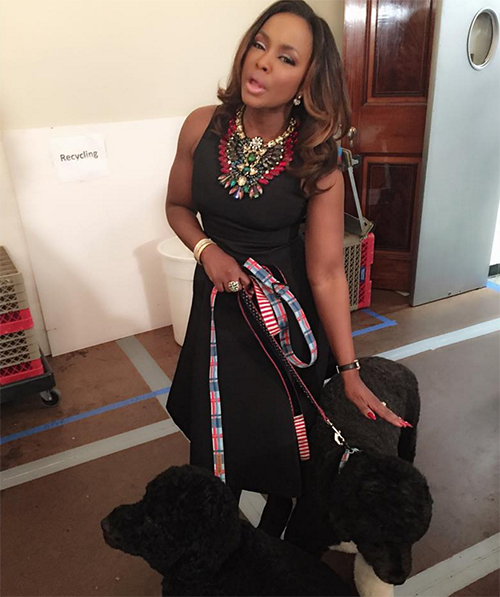 Real Housewives of Atlanta star Phaedra Parks is not approved to visit her husband Apollo Nida in prison. It was surprising to learn that Phaedra not only banned her children from visiting Apollo while he serves an eight year prison sentence, her name cannot even be found on the approved visitors list.

Parks has been very vocal about not taking her sons, Dylan and Ayden, to see Nida behind bars. Apollo seemed to support his estranged wife in her decision to not bring their boys to visit. TMZ reported on Sunday, December 27 that he has seen his children since reporting to prison in September 2010 but not face-to-face. Instead, Apollo Nida spends time with Dylan Nida and Ayden Nida using the FaceTime app and seems pretty happy to keep his kids at arms length.

This new report raises a lot of questions because Phaedra and Apollo have been feuding pretty publicly about her refusal to bring their sons to visit dad in prison. Things got so bad that Apollo demanded Phaedra bring their sons to visit in his first prison interview in December 2014. Phaedra refused and Apollo still hasn’t seen the boys since surrendering to serve his sentence.

Phaedra has written in her Bravo blog about plans to divorce Apollo Nida and move on from the huge legal mess but that hasn’t happened either. With this sudden harmony between Apollo and Phaedra, something is definitely up. The RHOA couple haven’t agreed on anything since way before Nida started serving prison time in September 2014. Now for Apollo to agree with his wife and settle for a video chat with his kids is making people think something is fishy.

Phaedra doesn’t even have clearance to bring Dylan and Ayden to see Nida in prison. So all the speculation about whether Parks was planning to visit her estranged husband in prison for Christmas was for naught because she couldn’t even get past the front gate.

Apollo was just transferred from Kentucky’s FMC Lexington to Fort Dix in New Jersey at the beginning of December. As TMZ pointed out, Phaedra Parks isn’t on the approved visitor list for Apollo yet. Prisons are notoriously slow about processing paperwork and Apollo just hasn’t been an inmate at Fort Dix long enough for his visitor list to be cleared.

With Apollo’s sudden change of heart about visits with his kids, what’s next for his relationship with Phaedra Parks? She still hasn’t filed for divorce and that has RHOA fans wondering if she ever really planned to leave Nida. Phaedra certainly has had plenty of time to legally separate herself from Apollo so why would she change her mind?

If Phaedra’s name pops up on that visitor’s list in Fort Dix, then it’s highly unlikely that she plans to file for divorce. Obviously, Parks and her husband are communicating and are even in agreement lately. Could Phaedra and Apollo be working on their marriage instead of ending it?