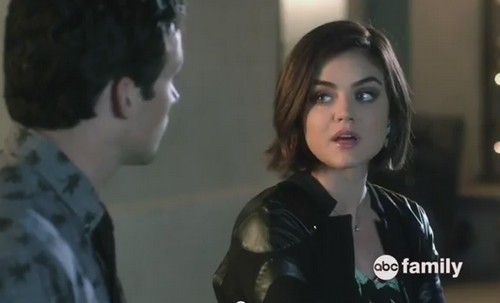 Pretty Little Liars Season 6 spoilers tease that Episode 8, “FrAmed,” will air on ABC Family on Tuesday July 27. It was recently revealed on PLL that Alison and Jason’s brother Charles DiLaurentis is very much alive – and Spencer, Aria, Hanna, and Emily are certain that the long lost DiLaurentis son is “A.” According to Pretty Little Liars spoilers, after the liars’ botched attempt to catch Charles DiLaurentis once and for all – tensions are at an all time high in Rosewood and everyone is walking on eggshells waiting for the next shoe to drop.

Season 6 Episode 8 spoilers indicate that Alison and Jason DiLaurentis will have mixed feelings about their brother Charles. While the liars continue plotting to take down their nemesis “A,” Jason and Alison begin to question if he is really dangerous and have doubts that he could be crazed murderer. Meanwhile, Hanna Marin continues to investigate her mysterious $30,000 scholarship and tries to get to the bottom of it and why Charles would give her the money. Pretty Little Liars spoilers also tease that it is time for the liars’ senior prom at Rosewood High, but drama ensues when the school tries to ban them from attending because of “security issues.”

The official Pretty Little Liars Season 6 Episode 8 “FrAmed” synopsis reads:
“After their latest run-in with Charles, tensions are at an all-time high with the PLLs and the town of Rosewood. Aria’s big moment of seeing her work displayed in an art gallery is in jeopardy as Ella is determined to keep her safe at home. And to top it off, the one normal high-school rite of passage the girls are looking forward to is in danger as Rosewood High is considering not letting the PLLs attend prom due to security issues.”

Are you as excited as we are for the next episode of Pretty Little Liars? Why do you think Charles gave Hanna the scholarship money? Is he really the cold-blooded killer that the liars think he is? Let us know what you think in the comments below and don’t forget to check CDL for all of your Pretty Little Liars spoilers and recaps.