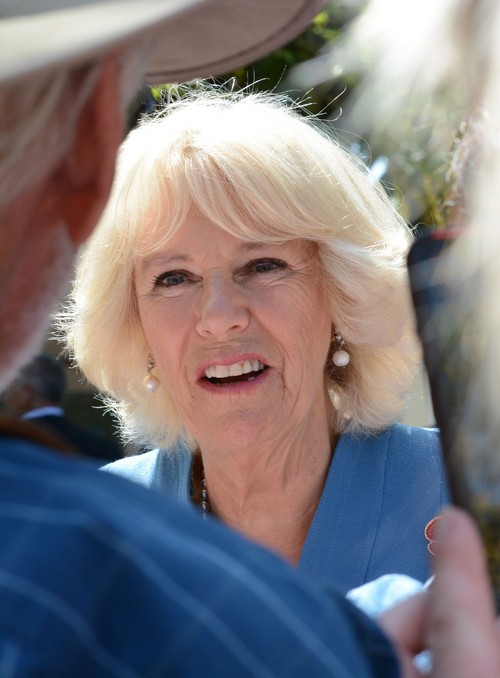 Camilla Parker-Bowles fragile health is causing a bit of concern. Is it possible that Queen Elizabeth may choose Kate Middleton and Prince William as successors to the throne?

Prince Charles will be furious if the Duchess of Cornwall’s chronic pain issues cannot be resolved and the first-in-line to the throne is passed over because Parker-Bowles is unable to maintain a full calendar of Royal engagements. The Duchess of Cornwall was allegedly bedridden and unable to attend the Diplomatic Reception on Tuesday, December 8.

The official statement from Clarence House regarding Duchess Camilla’s absence from the Diplomatic Reception reads, “The Duchess of Cornwall did not attend the reception on medical advice, due to neck and shoulder pain.” The spokesperson for the Royal Family indicated that Parker-Bowles pulled out of attending the glittery event at the last moment.

Queen Elizabeth is also in frail health, but not frail enough for to keep Her Majesty’s calendar from being packed with Royal engagements. Camilla Parker-Bowles missed not only the extremely important Diplomatic Reception, but also several appearances in September – officially due to an intestinal virus. Clarence House insiders reveal that the Duchess of Cornwall will probably miss even more Royal engagements due to chronic musculoskeletal pain.

The big ears at Buckingham Palace report that Queen Elizabeth may have held a few secret meetings with Prime Minister David Cameron regarding the situation. Duchess Kate allegedly heard about the mysterious meetings and did a bit of investigation.

When Kate Middleton found out that Queen Elizabeth may be maneuvering to “skip over the Prince of Wales” in favor of Prince William, Princess Kate gleefully offered to take over as many of Duchess Camilla’s responsibilities as possible.

Rumors have been making the rounds for years that Queen Elizabeth would like to step down and turn over the throne to Prince William and Princess Kate. But unless Prince Charles agrees to some form of “abdication” or an act of Parliament makes it possible, the Cambridge’s will need to wait their turn for the throne.

Is it possible that Camilla Parker-Bowles chronic health problems will cause Prince Charles to lose his place in the line of succession? Could Queen Elizabeth formulate a plan to make Prince William first-in-line to the throne rather than the Prince of Wales? Will Kate Middleton have the last laugh when Parker-Bowles is forced to curtsey to Queen Kate? Come back to CDL for all your Royal news!