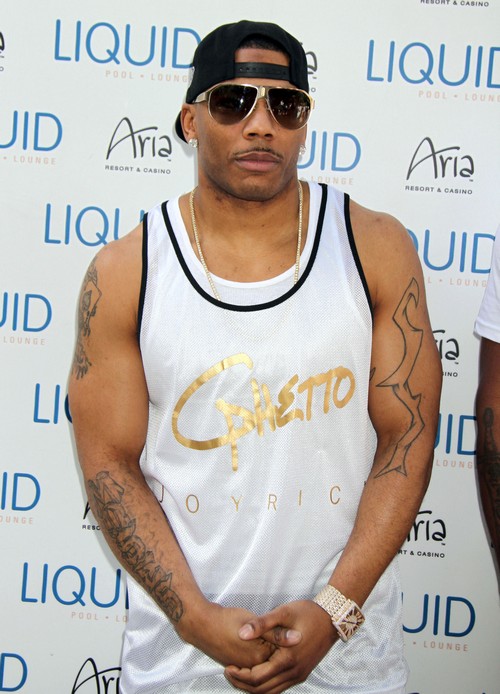 Rapper Nelly was arrested on various drug charges, including felony possession of marijuana on Saturday, April 11. The arrest went down in Tennessee when his tour bus was pulled over and searched by Tennessee state troopers for not having the proper documentation and appropriate sticker. The cops then smelled marijuana after stopping the bus and speaking with Nelly’s team, leading them to search the vehicle.

Police told TMZ that after a thorough search they found a bag that tested positive for crystal meth, and also a small amount of marijuana. Nelly’s lawyer also confirmed that a small amount of MDMA was confiscated. In addition to the drugs, Police confiscated several guns, which we can only assume were also lacking the proper permits and documentation.

The Tennessee Department of Safety and Homeland Security (TDOS) released a statement saying, in short, “Further investigation revealed approximately 100 small Ziplock bags that are commonly associated with the sale of narcotics and numerous handguns, including a gold-plated-50-caliber Desert Eagle pistol, a 45-caliber Taurus pistol, and a 500 magnum Smith and Wesson.”

Now, Nelly’s attorney is saying that the rapper was not at involved with the charges, and is innocent. He tells US, “Nelly was one of several individuals that was on a tour bus that was stopped and searched while traveling through Tennessee. In fact, there had been 15-20 people that had access to the bus prior to the stop. Allegedly, a small quantity of contraband (MDMA aka Molly or Ecstasy) was discovered during the routine search. We are extremely confident that when the facts come out, Nelly will not be associated with the contraband that was allegedly discovered.”

Police have identified one of the other passengers as Brian Jones, 44. Jones is a convicted felon found in possession of a handgun. The men were booked into the Putnam County Jail. Officials told PEOPLE that on Saturday, April 11, the two men posted bond, and were released.

We will keep you updated as soon as we find out whether or not Nelly was really innocent. What do you think? Will the fact reveal that Nelly was truly not associated with the incident, or is this a sad attempt to try and clear his name?