Rick Ross and Lira Galore Dating, Back Together: Girlfriend Breakup A Publicity Stunt? 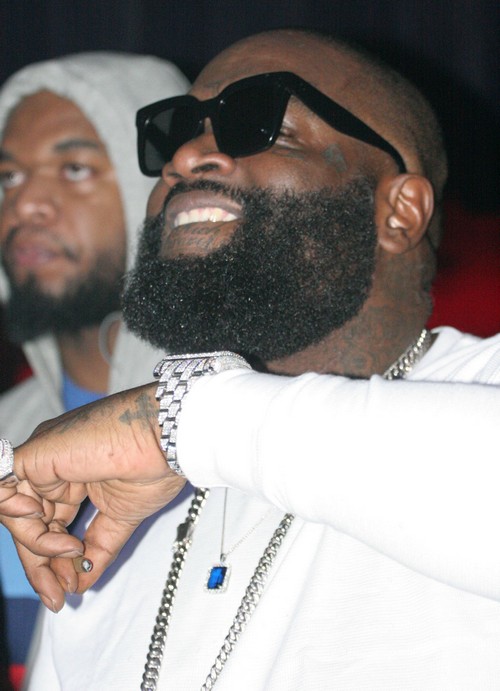 Rick Ross and Lira Galore are already back together after less than a two week breakup, spurring rumors that the whole thing was just a big publicity stunt. Apparently Rick and his model fiance have been chatting it up via text message ever since their split and finally reconciled.

Lira Galore even hopped a flight back home on Wednesday, November 11 to meet up with Rick Ross and start their relationship back up like it never stopped.

Rick Ross dropped his new song “Sorry” on the same day that he and Lira Galore decided to get back together. Lira plays Rick’s girlfriend in the new song too, which is what prompted people to think this short breakup might just be a big publicity stunt to get people interested in the music video featuring Rick Ross’ fiance.

Not to mention that Lira never badmouthed the Maybach Music Group founder after he taunted Lira with SnapChat photos of himself wearing her huge engagement ring on his pinkie finger. Lira left all the pictures up of her “Teflon Don” and even said after the breakup that Rick Ross has her heart.

Rick Ross and Lira Galore called off their engagement after a big blowout fight on Halloween weekend. It was rumored that Lira had been cheating on Ross with at least one other famous rapper while he was dealing with some legal issues.

Wiz Khalifa’s name came up as the rapper Lira was cheating with. She denied that though, saying that Amber Rose is one of her best friends and that she would never do that to Rick anyway.

Lira Galore has a history of jumping from rapper to rapper, even having a fling with Drake last year. Not to mention that Lira has been very vocal about her love of Meek Mill and Wale on Twitter years ago. For Lira Galore, Rick Ross seems to be the rapper who finally decided to settle down with her. She did good too, Rick Ross has a lot of cash and judging by the size of that rock she’s sporting, he likes to spend it on her. 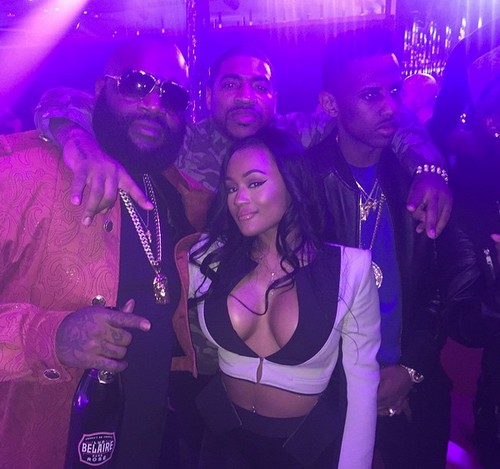 Ross proposed to Lira back in September after he was released from jail. The “B.M.F.” rapper gave his model girlfriend a huge engagement ring worth $350k. It’s the same one Rick took back and was rocking on his pinkie on SnapChat just days after their breakup.

As soon as Rick Ross and Lira Galore were reunited again, the huge engagement ring went right back on her finger. Ross and his model fiance posted multiple pictures together on SnapChat including a rather risque shot of Rick’s hand between Lira’s legs.

Multiple outlets are suggesting that Rick Ross faked his breakup with Lira Galore in order to generate a few headlines. It looks like it worked too because now everyone knows who Lira Galore is and many want to see that new “Sorry” music video since she’s wearing very little in it. Do you think the Rick Ross and Lira Galore breakup was real or was it just a publicity stunt?