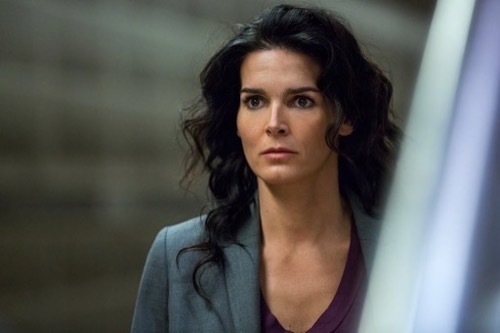 Tonight on TNT RIZZOLI & ISLES returns with an all new Tuesday, June 16 season 6 Premiere called, “The Platform,” and we have your weekly recap below. On tonight’s episode, an unarmed man is shot on a Boston subway platform, and it appears a detective did the shooting, in the Season 6 opener.

On the last episode, the squad worked overtime hunting down a serial killer sniper. Maura befriended a witness to the crime, who happened to suffer from a mental condition that had him believing he was a wolf. Also a husband’s murder was investigated, but the case turned complex when it was discovered he may have been living a double life. Did you watch the last episode? If you missed it, we have a full and detailed recap right here for you.

On tonight’s episode per say TNT Synopsis “when it appears one of our own shot an unarmed man on a busy Boston subway platform, the team must fight to find the real killer while clearing our detective’s name. But with Internal Affairs breathing down our necks, it becomes clear that the circumstances surrounding this shooting are anything but clear.”

Frankie has been shooting for a promotion at work and the way he went about trying to get it – taking out every official to lunch – has kind of been obvious to everyone else around the office. So, lately, people have been coming up to him and wishing him good luck. And if that wasn’t weird enough then add Angela into the mix.

Angela recently got a present for her son. Though an uncomfortable, albeit free, chair from his uncle was probably not the best idea. At least for a gift.

Neither Frankie’s own sister nor Maura even knew that Frankie had found a new place. Much less needed new furniture. So it’s almost like he was trying to keep it a secret from them. And the ladies didn’t actually get to see this new apartment of his until they were dropping the ugliest chair in the world.

Frankie claimed it was no big deal but with the new apartment and going after the promotion – something had definitely changed.

But, unfortunately for the ladies, they just don’t even have the time to commit to a side investigation. They had recently been assigned to a case involving a body of a young woman that was found in a dumpster. And a very good suspect for it.

The victim, Mona, it seems was once a very outgoing sort of a girl. However, after she met Spike, the new boyfriend, then that’s when things began to change for. According to a friend, she soon started to withdraw from everyone. And she also became very secretive.

So Frankie and Jane were providing surveillance over Spike’s apartment when they’re suspect spotted them and gave chase. Both detectives then followed the suspect. Even going as far to pursue him down in the subways but then an incident occurred.

Frankie claimed someone pulled a gun on him and that he fired his weapon in self-defense. But why would Sean Hughes do that? There doesn’t appear to be any connection between Sean and Spike. And Sean’s gun was never recovered at the scene.

Thus a simple case soon got complicated when the evidence didn’t match Frankie’s story. He said a stranger pulled a gun yet no gun was found. Then he said that the footage down in the subways would absolve him though security cameras only picked up grainy feed. And what is probably the most important is thing is that no other officer at the scene spotted this alleged gun. Including his sister.

Video that was captured by a pedestrian showed there was another gun at the scene but knowing IA an investigation wouldn’t get dropped until Jane and Korsak came up with a viable suspect.

Spike appeared not to be working alone. Sean and another man named John had been lurking in the subway. So the detectives know that one if not all of them were somehow involved in Mona’s death. But for some reason IA kept trying to impede on their investigation.

Internal Affairs didn’t want to look at anyone besides Frankie. So they had stopped caring about what happened to Mona or why Sean may or may not have had a gun. They just wanted to bring a supposed dirty cop up on charges.

Jane had literally hand over Spike the boyfriend before she could get IA to listen to her. Spike and his friends had hatched a plan to crash a train. And as part of that plan, Sean was supposed to bring his gun down into the subways.

Jane and Korsak had to cross their “t” and dot their “i”. And then and only then did IA feel comfortable enough to drop the charges against Frankie.

But boy was Frankie grateful when his sister and Korsak arrested John.

That finally put an end to Mona’s case and he was just glad to be vindicated.

Afterwards, Frankie found a way to thank each and every person that helped cleared his name. And it seems like his experience has helped him to appreciate his friends a little bit more.

In the meantime though Maura got a new assistant at the M.E.’s office and it looks like the mysterious British expat just might be the person to help her get over this recent ordeal.