Robert Pattinson and FKA Twigs Getting Married – Rob To Propose On Valentine’s Day? 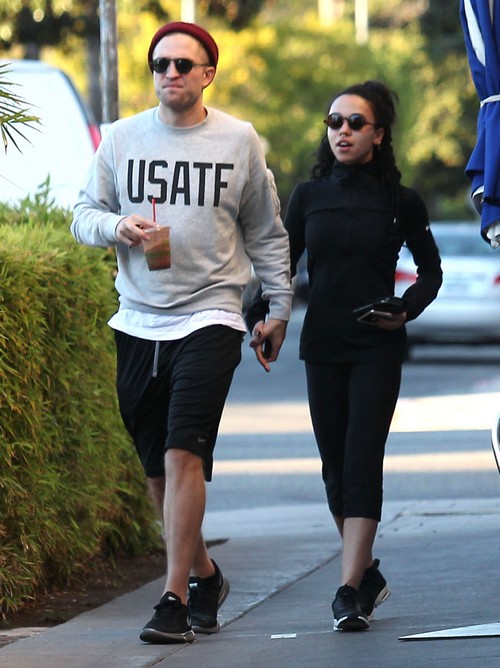 Robert Pattinson and FKA Twigs have been dating for a while now, and they’ve reportedly been getting very serious. We hear that Robert Pattinson might propose to FKA Twigs on Valentine’s Day! They’re also both at the age where all their friends will be getting engaged and getting married, and both of them will be feeling the pressure. Plus, Rob is reportedly head over heels for FKA Twigs, even though he’s completely blind about the extent of her famewhoring. I mean, the handholding and butt holding, fine – you could argue as a coincidence that the paparazzi managed to get such golden shots. But the Rolling Stones feature, the Vogue feature, the topless V Magazine cover? All of that only happens with FKA Twigs’ permission, and obviously she wants to increase her public profile – and in essence, boost her music career.

The mere fact of the matter is that FKA Twigs is known more for her relationship with Robert Pattinson than her music career, and she only became ‘famous’ after she started to date Rob. Robert Pattinson is still riding on the coattails of Twilight, and while it’s not clear how much longer he’ll be doing that, his fame has a balloon effect. Anybody who’s linked to him immediately gains a huge public following [or public hatred, depending on how you look at it], and FKA Twigs took full advantage of that.

The thing is – Rob is not that stupid, right? He knows how this stuff works, having done it for the Twilight franchise for more than five years. He’s well acquainted with famewhoring and everything that comes along with famewhoring, and he’ll have to know that FKA Twigs is using him.

But alas, either he’s still in the new relationship haze and ignorant to all of FKA’s flaws, or he just doesn’t care. Either way, sources tell us that Rob is planning to propose to FKA on Valentine’s Day. Don’t be surprised if he actually does propose, and the two end up engaged and married within the year. We’ve seen quicker celebrity engagements and marriages than that, and FKA Twigs and Robert Pattinson wouldn’t be any exception.