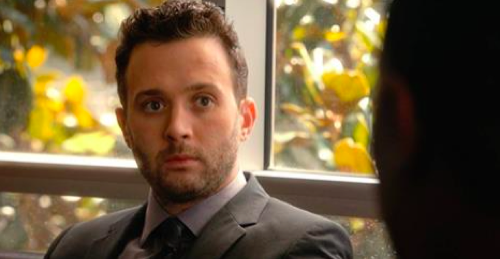 Tonight on CBS Scorpion starring Elyes Gabel continues with an all new Monday December 14, season 2 fall finale called, “Dam Breakthrough” and we have your weekly recap below. On tonight’s episode, on Christmas Eve, Team Scorpion must prevent a catastrophe.

Scorpion follows Walter O’Brien and his team of outcasts who are recruited by federal agent Cabe Gallo of the U.S. Department of Homeland Security to form Scorpion, said to be the last line of defense against complex, high-tech threats around the globe.

On the last episode, team Scorpion went undercover at a university to find a hacker who infiltrated the Federal Reserve and threatened to collapse the world economy. Did you watch the last episode last season? If you missed it, we have a full and detailed recap right here for you.

On tonight’s episode per the CBS synopsis, “on Christmas Eve, Team Scorpion must prevent a catastrophe when torrential rains create a large crack in a dam, threatening to wipe out an entire town in its wake.”

This is definitely one series that you don’t want to miss and neither do I. Don’t forget to stay tuned to Celeb Dirty Laundry where we will be live blogging every episode of Scorpion’s second season. In the meantime, enjoy a sneak peek of tonight’s episode below for your enjoyment and sound off your comments and tell us how much you are enjoying this second season of Scorpion.

#TeamScorpion begins on a rainy night with water leaking into the garage. Happy and Ralph are mixing up a project. Toby comes in and talks about the seven days of rain. Paige says think happy Christmas thoughts. Walter doesn’t answer so Paige goes to check on him.

She finds him talking to Ferret Bueller. She says Toby is back. He puts a helmet and says let’s go. They have made non-melting snow and Walter is ready to test the snow density. He says give him a shove and takes the ferret back but then Cabe shows up.

He asks what Toby did to his SIV and says it’s an emergency. The Augustine Power System is struggling. A large tree crushed a power station wall. He says they can’t get anyone up there and if the transformer shorts, 100k people will lose their power for Christmas.

Toby says Christmas Eve is triple time. Walter is talking to himself again and then talks about the things they need to do. Paige and Toby discuss that he’s gotten worse since Megan died. Toby rides with him and asks what’s on his mind with the oddness lately.

Toby is horrified to see that Megan’s ashes are in the car. Sly sings in the car while Happy drives. He talks about how they made the most of their time so he has no regrets. The team makes it up to the power station. Toby tells Paige about the can of Megan’s ashes in the glove box.

She’s worried. Happy starts spreading out something and Toby works with her to blow up the balloon. Cabe and Toby suck helium and sing a bit of Grandma Got Run Over by a Reindeer. Happy stares then joins in.

Toby comes over and they all speak to him with helium voices. Walter is talking to himself as he diagnoses the problem and Toby says his internal monologue has gone external. Walter goes outside and Paige asks to talk to him.

They hear a pressure crack from concrete and Happy says it’s 15 feet thick. Sly says there’s a dam and they spot a mudslide and a crack in the dam. There’s a town in the valley with a ton of people. They head to the dam to diagnose that crisis.

The reservoir is above capacity. Cabe says flash floods took out the road and the Augustine Power team can’t get up there. Paige says they need to get the people out. The dam cracks and Sly says they have 68 minutes until dam collapse.

Walter says they have an immediate problem and an eventual. The road being out prevents an evacuation. Walter starts talking to himself. Walter suggest trying to freeze part of the water to block the crack.

They start preparing concrete and chalk mix and an ammoniun nitrate solution to make a 100 square feet block of ice so that Cabe can fill in the crack with the concrete mix. They strap him into a harness. They freeze the water and Cabe starts crack filling.

Toby runs to check the computers and says at least it’s not worse. Cabe has just a few seconds to fill the last part of the crack. Sly says the winch may not work and there’s an 88% chance of failure. Sure enough it fails and Cabe is dangling.

The rope is fraying and they tell Cabe to make a staircase with the concrete. He makes foot and hand holds as he goes. Toby says it says dam failure on the computer. They come in and see there’s a clog in the output which means more pressure.

Sly says they need to bring the water level down. Toby says he can give it a dam colonoscopy. Happy gets the idea and goes to work. Happy says they need an outboard motor and Cabe goes to get one that he saw.

Cabe and Toby are scrambling for parts while she builds. Toby uses parts from Cabe’s car. Cabe sharpens the motor blades while Happy attaches a camera to the device. Walter says they have 26 minutes until dam failure. Happy and Cabe hop into the water and start feeding it.

Walter tells them how to maneuver and Cabe mentions when the clog clears, they have to hop out or they’ll be swept away. Paige says the monitors look better. Sly spots a problem and they clear it but Happy gets swept away.

They race to grab her before she gets to the turbine that will chop her out. Sly says she has 64 seconds of air. They rush off to rescue her. They have mesh stuff with sandbags and throws it down to try and net her. They get her and pull her up.

Walter is talking to himself now and Toby says talk to me. Walter says they need to reverse the flow of the river that feeds the dam. Paige rants about how these people are at risk – children, parents and, of course, Santa.

He says a reservoir up the river has more bandwidth and if they can reverse it, they can do this. Walter says they can do a tsunami bomb. Happy says they create monster waves to take out enemies. Happy starts planning it.

Toby says this is nuttier than George Washington Carver’s lunch box and the walls start cracking around them. Walter wants to reverse the turbine so they can do the tsunami bomb. Walter and Paige go to the power station while Cabe starts putting concrete in the cracks.

Happy and Toby scrounge for parts to build the bomb. Happy says they can save the Whos down in Whoville. Paige points out the Christmas lights and Walter says those lights can kill the town and tells her to get Ralph on the phone.

Ralph is hacking the town’s electrical grid and Walter says send an emergency alert – Paige says type this – it says turn off all your power so we can save the dam. Toby sees the alert and says it must be Paige. They look out the window and all the lights are on then they start to go out.

Sly reverses the turbine and Toby throws the bomb towards the mark Happy indicates. He misses by a large margin. They count down but the bomb doesn’t go off. Then it does and they watch the tsunami head the other way.

The reservoir drops and Toby says – who’s the bomb. The dam is okay and Walter tells Ralph he can tell everyone to turn their Christmas lights back on. Paige asks Walter to try sharing with them instead of just himself. He’s distracted and doesn’t hear.

She walks away. Toby wants to sled but they used up the ammonium nitrate. Paige gets a call from Drew to wish her Merry Christmas. Walter gets a call that he won the $15 million grant for rocketry. She says they need a site visit to check the specs.

Walter notices Ferret Bueller is out of his cage and starts to freak out. Paige says he left him upstairs but he says he didn’t and he starts running crazy. Toby says – Bueller… Walter hears the ferret and grabs it up. He puts him back in the cage.

Walter starts freaking out and yelling at them blaming them for the cage being left unlocked even though Cabe says Walter was there last. Walter says he didn’t want to lose her. Paige goes over and hugs him. Walter starts crying about Megan at last.

He says he misses her so much. He tries to stop crying and says this is unprofessional but then Sly comes to hug him too. Walter looks at the rocket and says he has a great idea. They head to the beach and build a sand snowman.

Cabe gets the FAA to clear the air space. Once he sends the rocket, the $15 million is gone. Walter says he built it to get the $15 million for Megan’s research and now she’s gone. Happy comes over and says Sly told her not to waste time in life.

She says she’s glad she’s alive and says last year she kissed him and it didn’t work it. She says let’s try it in reverse. He kisses her. She says quality kiss, good work. He says that was a Christmas miracle. Walter wants to load up her ashes into the rocket.

He says Megan loved the stars and Sly agrees. Walter says the husband can do it and he says okay. He tells Walter they’re brothers in law now and Walter says – just brothers. Walter goes to stand near page and they launch the rocket.

They all watch it go. Walter tells Paige he’s feeling better and says he heard what she said about opening up. He says maybe he needs to fight his nature and she says it worked for the dam. She holds out her hand and he takes it.