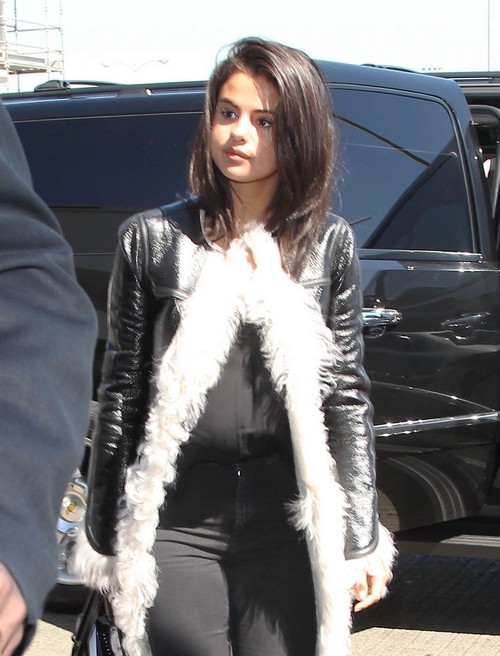 However, Selena isn’t sitting down and taking the criticism quietly. She’s been responding – and very vocally – to everyone who’s attempting to criticize her. One fan wrote on her Instagram, “@selenagomez you need to work out! Please stop eating junk food.”

Selena’s response? “You’re disgusting. IM IN the business and I could care less about ‘they’ or you say I should look like. I don’t need to do anything other than love myself, take care of my work, fans, family and friends. And I do work out. It’s not your place to tell anyone what they should or should not do.”

This whole ‘fat wars’ drama started when Selena Gomez was spotted wearing a bikini in Mexico, and she was photographed sporting a curvier-than-normal body. So what – she’s on vacation and should be allowed to gain and lose weight as she wishes, right? Plus, she wasn’t even remotely overweight, and really was just sporting some extra weight around her curves – i.e., she looked normal, especially by Hollywood’s ridiculous standards.

But of course, this is Hollywood, and looking ‘normal’ isn’t allowed. People immediately took to the web to start criticizing her, and eventually, Selena responded with, “I love being happy with me yall #theresmoretolove.”

Unfortunately, that doesn’t seem to have killed the criticism, which has continued in full steam.

What do you guys think about the criticism over Selena Gomez’s weight gain? Is it unfounded, or is it just par for the course? I mean, she is a famous celebrity – this is part of their world, even though it shouldn’t be.