So You Think You Can Dance Auditions New York Recap: Season 12 Episode 4

BY Kristine Francis on June 23, 2015 | Comments: 2 comments
Related : Reality TV, Recap, So You Think You Can Dance, Television, TV 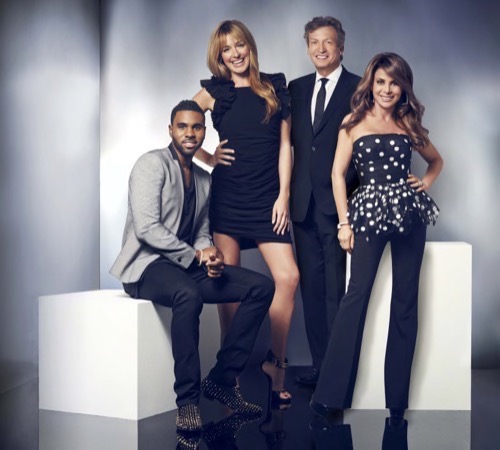 Tonight on FOX, SO YOU THINK YOU CAN DANCE continues with an all new Monday, June 12 season 12 episode 4 called “Auditions #4: New York”. On tonight’s episode the judges are in New York for the fourth and final round of auditions before callbacks.

On the last episode, judges Nigel, Paula, and Jason took on the city of Angels in hoped of finding some big talent! The judges headed to Los Angeles to continue their search for America’s Favorite Dancer. Did you watch the last episode? If you missed it, we have a full and detailed recap right here for you.

On tonight’s show per say the FOX synopsis “The search for the next dancer to take the crown heads to the Big Apple! Judges Nigel, Paula, and Jason take on New York to find out which stage and street dancers have what it takes at the final audition stop before callbacks!”

The finale episode of So You Think You Can Dance season 12 airs tonight at 8PM and you don’t want to miss it. Celeb Dirty Laundry will be live blogging the show, so don’t forget to come back to this spot at 8PM EST for our live recap!

On tonight’s new episode of “So You Think You Can Dance,” the auditions have finally begun to wrap up. New York will be their last stop on their cross-country auditions and if the dancers don’t make it there then they have to wait a whole season before they can try-out again.

Kind of like what Virgil Gadson did. See Virgil originally tried out on Season 8 but, unfortunately for him, Nigel and his cohorts were simply not impressed. So Virgil decided to come back for Season 12 and this time he made sure the judges sat up and took notice.

Representing Team Street, Virgil danced Hip Hop yet he also managed to put an original twist on it. Right off, he impressed the audience. And proving that he was more than just another crowd pleaser ended up getting a ticket to Vegas.

Though, unlike Virgil, this was Alexia’s first time to the show and so to be fair she never has had suffered to disappointment.

Alexia is a stage performer and she’s been dancing since she was three. So, with all that experience, she walked onto the show as if she already had her ticket in the bag. But, as it turns out, there’s still room for improvement.

Paula took Alexia to task for some of her movements. Apparently, at times, Alexia would have everything work for her and then, out of nowhere, she would disconnect from the audience. So Paula merely wanted to bring this to Alexia’s attention in order for the younger woman to eventually work on it and yet Paula was booed when the audience didn’t like her handing out criticism.

But what can you expect? Paula is a dancer herself and she’s currently a judge. So whether anyone likes it or not she’s knows what she’s taking about.

And Alexia had made a few mistakes.

Nothing too big else the judges wouldn’t have gone on to give her a ticket. Though it was important that Alexia learn from her experience.

After Alexia, there was Korey and he had a rough upbringing.

Technically, Korey didn’t have anyone to push to succeed in life, so everything he has achieved so far are his person victories. Recently, Korey has celebrated going a full month clean. Now addiction is one of the hardest things to break but Korey knew that to make it onto the show – he was going to have to make changes in his personal life.

So Korey cleaned up and he went on So You Think You Can Dance representing Team Street.

And he was good. Everyone loved him and if they weren’t rooting for him before than they had no reason not to afterwards. So Korey received a ticket to Vegas and he promised to hand over his 90 day chip before he performed for them again.

However, this is a competition, and if you’re going to perform then you have to be on you’re a game. And for Justin, tonight’s showing needed some work.

Justin is a Hoofer. Hoofing is form of tap that combines African rhythm with some Irish influence. And honestly Justin was really good at what he did. But what almost sunk him was his music choice. Because Justin ended up Justin choosing the worst song he could.

He chose something slow and then in no way did he dance in rhythm to it. His feet were skilled and he was fast. Probably too fast for the song. So the routine looked like he was just dancing and ignoring everything else when, if done right, it could have looked cohesive.

Luckily Justin was still able to make it to the next stage. For it seems that all his excuses for his poor choice weren’t enough to deter the judges.

But Thomas just wasn’t talented. At least at dancing anyway. Sadly his dreams ended on the show.

Thomas was Team Street but, here’s the thing, he danced mostly in spare time. So all that he did was more for him than for anyone else. And actually Thomas more of a character. Meaning Last Comic Standing would have been a better choice for him.

Though, soon after Thomas departed from the stage, Angely “Cookie” and her friend Angela “Angyil” came on as a double act.

The ladies met several years ago while they were both performing at a dance session and, within a short amount of time, they joined up when they realized how similar their styles were. Yet, by coming to the competition, they had to have realized how much of a risk they had to be taking.

According to them, their friendship was instantaneous. The ladies met several years ago while they were both performing at a dance session and, within a short amount of time, they joined up when they realized how similar their styles were. Yet, by coming to the competition, they had to have realized how much of a risk they had to be taking.

And, again, that appeared to be the case for Cookie and Angyil. Because while the judges loved Angyil, they felt like Cookie still needed some refinement. Although they did advise her to possible come back next year. For there is definitely some talent there.

But while we’re on the topic of talent, Allyson from Team Stage was called a better than her choreography. Apparently, Paula thought Allyson was such a great dancer that she needed something to actually give her some sort of challenge. And her routine just didn’t do that for her.

Paula and Jason both still loved her but they’re also waiting to see her full range. So in the end Allyson was given another chance to show what she could do by coming with them to Vegas.

Yet someone that impressed on his first try was Alaine aka “Hurrikane”. Alaine had a smile that purely was infectious and though he received no training and was in fact a participant on Team Street – he knew how to work every part of the stage.

Alaine you see originally hailed from Haiti but he came to the States after things became too hard for his family. So growing up he then tried to emerge himself in American culture and what he ended up loving was dance.

And that’s what showed when he hit the stage. Paula said he reminded her of earlier dancers back in the 70s and early 80s and also that it was great how somehow made his dance his own. So Alaine was given a ticket to Vegas and personally I’m looking forward to seeing him there.

After Alaine, there was a second duo. This time from team Stage. Connor and Kenya were offered an opportunity to dance solo. Were in fact warned about dancing together. Yet, these two refused every offer and wanted nothing more than to dance together.

So Nigel said “let be on their heads” and, during the middle of Connor and Kenya’s routine, he was later the first one to say “wow”!

Connor and Kenya were great together. Some could say that going solo could have inadvertently hurt their chances. So ultimately these two won their free ride to Vegas because they knew each other strengths. But, here’s a question, what’s going to happen when they’re paired off with someone new?

So many questions but sadly they’ll won’t be answered any time soon.

Thus that lead from last week was gone. And with guys like Ryan dancing for Team Stage – it didn’t look like it was ever going to come back.

For example, Ryan was a Latin ballroom dancer yet he didn’t come with a partner. So rather than pretend a partner was with him – he went full-on solo. As in he went over the top. And he made sure that his facial expressions conveyed seduction even if it was only with the audience.

And, truthfully, it was a lot and it could probably have been toned down but it was just enough to get him to Vegas.

But Eliazer was different. Now he brought “Breaking” back while at the same time giving it a modern spin. So Team Street wasn’t fully forgotten in this competition.

It was sort of losing but overall not forgotten.

Though with Ian, Team Stage took a hit. See Ian wanted to create a new form of dance. It was going to be a mixture of Breaking and Ballet. But unfortunately for Ian, he was incapable of dancing either. So what he did onstage was – for lack of a better word – just weird.

And, not that surprisingly, Paula tried to comfort him. She said that one day he might it off with maybe with a little more practice.

But honestly Ian was embarrassed. He knew he had failed and that the failure was going to be broadcasted. So later he didn’t even wait around.

He simply ran out, albeit half-dressed, into the snowing blizzard that was going on outside.

Although, in good news, there turned out to be one of Paula’s biggest fans just waiting to audition.

Stage Dancer Darius had apparently became interested in dance after watching Paula when he was younger. So not only did he do his routine but afterwards he and a friend showed the audience how well they could dance Paula’s choreography to her popular song “Snake”. You know, the one that might have been about Arsenio Hall. And, anyways, after Darius performed and won a ticket to Vegas – he got the longest hug possible from Paula.

And speaking of hugs, Nigel finally received on. It seems one of the dancers was inspired by her grandmother to get into dancing and after the young woman got a ticket to Vegas – Nigel and Grandma ended up having a moment.

So good for you Nigel!

Because next week, none of the dancers or their families will be in the mood to be anywhere near you.